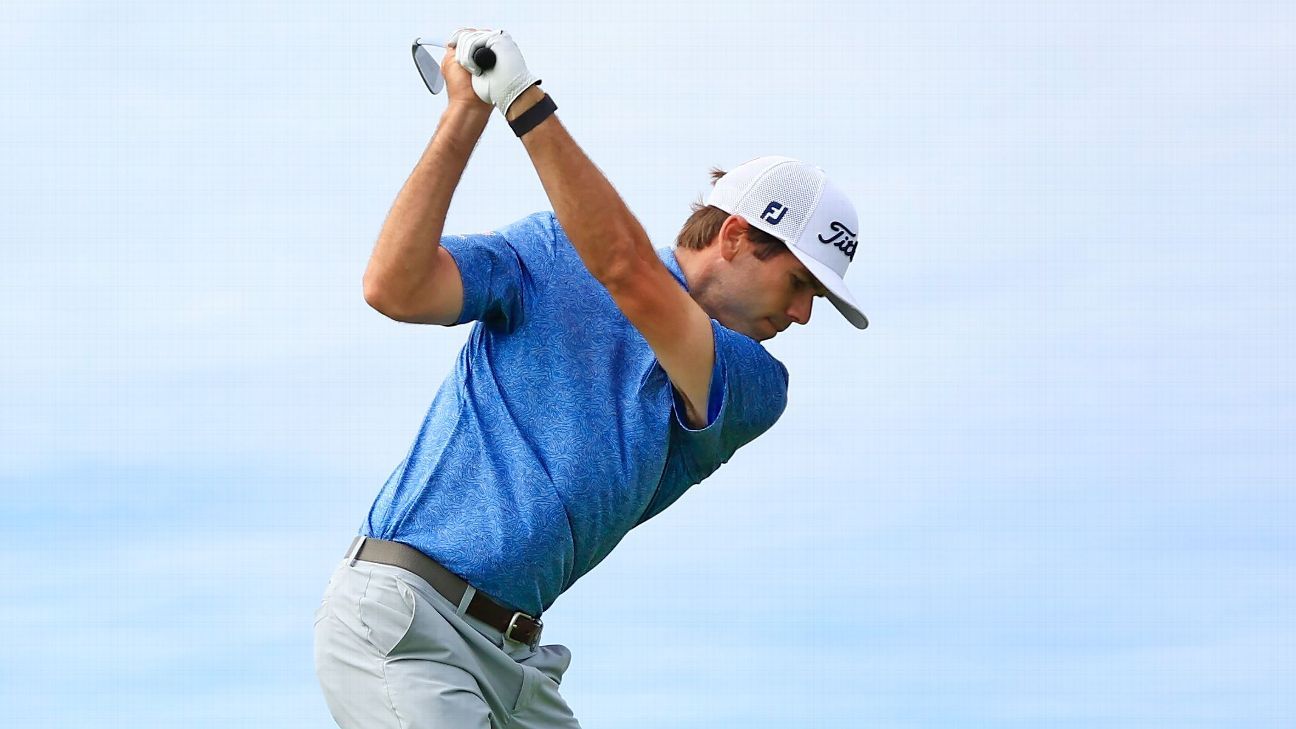 PUNTA CANA, Dominican Republic — Ben Martin birdied six of the last eight holes for a 6-under 66 and the first-round lead Thursday in the PGA Tour’s windy Corales Puntacana Championship.

“You want to take advantage of the par 5s and 15, because finishing on 16, 17, 18 is usually going to be into the wind and you really need to be in control of your golf ball,” Martin said. “So, if you can make a few birdies coming in and just kind of hold on and make a few pars, you feel like it’s a win.”

The 34-year-old Martin has made only one other PGA Tour start of this year, missing the cut this month in Puerto Rico with rounds of 78 and 70. He won the 2014 Shriners Hospitals for Children Open for his lone PGA Tour title.

Adam Schenk was a stroke back after a bogey-free round at Corales Golf Course. Winless on the tour, he has missed seven cuts in his past nine starts.

Graeme McDowell, the 2019 winner, was 2 strokes behind after a bogey-free 68.

“All in all, really happy with that start,” McDowell said. “Felt comfortable on the golf course. My fifth time here, I’m starting to feel reasonably comfortable down here in the strong wind. Felt good on the greens, everything felt pretty solid, so look forward to getting back at it in the morning.”

Hayden Buckley also was at 68 with Vaughn Taylor and Kiradech Aphibarnrat.

David Lingmerth was in the group at 69.

“Extremely windy day out there,” Lingmerth said. “We were joking around a little bit. Obviously, the course is not similar at all, but it was almost like a British Open-type way of playing today. Just a lot of flighted shots and had to be a little creative.”

Nicolai Hojgaard of Denmark, the highest-ranked player in the field at No. 77 in the world, had a double bogey on No. 17 in a 73. His twin brother, Rasmus, also shot 73.

With the tournament being played opposite the Match Play event in Austin, Texas, the winner will be exempt into the PGA Championship but not the Masters.

Larrazabal takes the lead in Qatar on day one