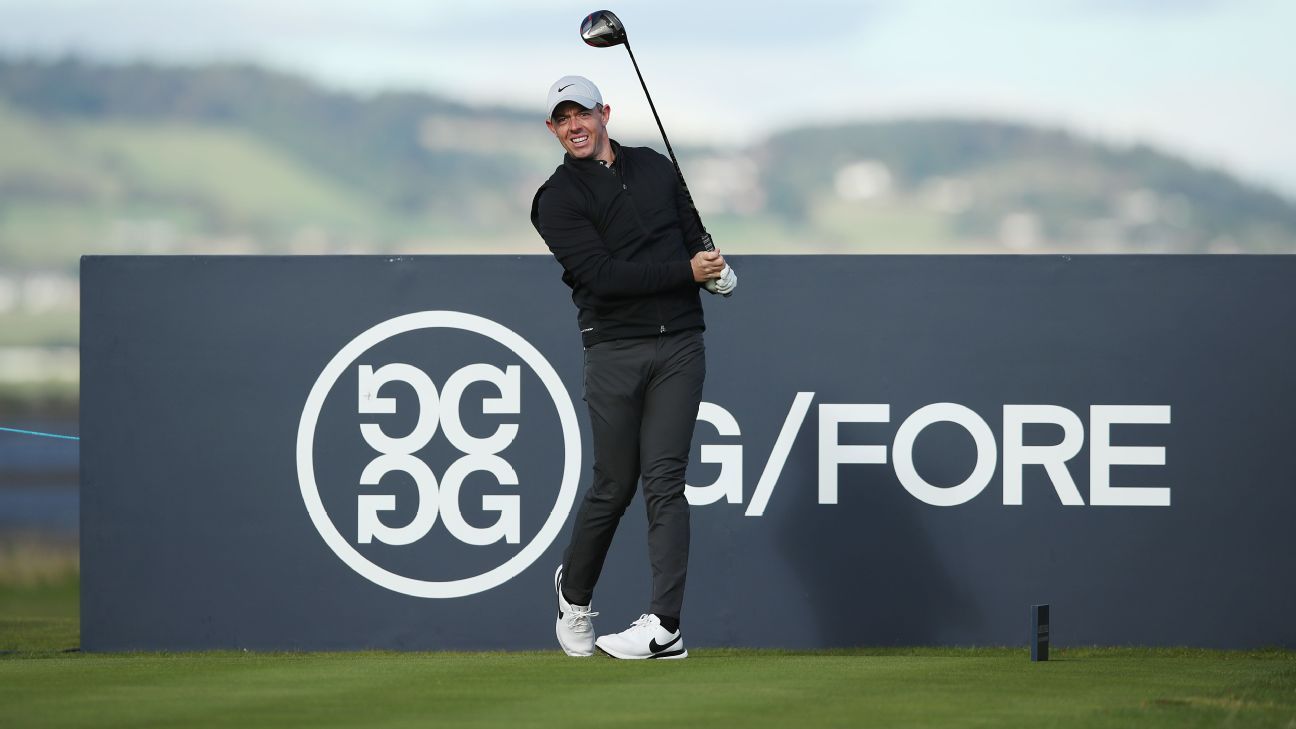 Rory McIlroy on Wednesday said golf is “ripping itself apart” as tensions between the PGA Tour and Saudi-backed LIV Golf continue to divide the sport.

McIlroy, a 22-time winner on the PGA Tour, said the divide comes at the detriment of players on both sides.

“I don’t want a fractured game,” McIlroy told reporters Wednesday at the Alfred Dunhill Links Championship. “I never have. You look at some other sports and what’s happened, and the game of golf is ripping itself apart right now.

Things are even starting to heat up in court, as multiple golfers challenged bans they had received from other tours for participating in a LIV event.

“I’ve always said I think there is a time and a place where everyone that’s involved here should sit down and try to work together,” McIlroy said. “It’s very hard for that to happen right now when there’s two lawsuits going on.”

In an interview with the BBC, McIlroy said it was up to players who had joined the breakaway LIV series to help resolve tensions between the two sides.

“I would just say the ball is in their court,” McIlroy said. “If they want to come to the table and try to play nicely within the sandbox that’s already created, the opportunity is there.

“I’ve probably said a few things that are maybe too inflammatory at times, but it just comes from the heart and how much I hate what this is doing to the game. If we can send rockets to the moon and bring them back again and have them land on their own, I’m sure we can figure out how to make professional golf cohesive again.”

Those on the LIV circuit have also been adamant they should receive points from the Official World Golf Ranking, something McIlroy doesn’t necessarily see any problems with considering a number of talented golfers are associated with the LIV tour.

But with LIV competitors playing three rounds — only 54 holes — at each tournament while the PGA Tour plays four rounds, McIlroy said there needs to be some sort of compromise if that’s going to happen.

“You can’t make up your own rules,” McIlroy said. “There’s criteria there, everyone knows what they are, and if they want to pivot to meet the criteria, they can.

As for the PGA Tour and LIV Golf making peace with each other, that seems unlikely to happen. PGA Tour commissioner Jay Monahan reiterated his opinion about LIV in an interview with ESPN on Wednesday.

“They’ve gone down their path, and I think we have been pretty consistent that we’re going down ours,” Monahan told ESPN when asked whether the tours could coexist, “and I don’t see that happening. Haven’t, and I don’t.”

“Any young kid today, any kid that’s going to be playing the game going forward ultimately is going to want to win the biggest championships, the biggest tournaments, and put themselves in a position and on a path over the course of their golf journey to get to the PGA Tour and to … achieve at the highest level,” he said.

“We are going to continue to evolve and get stronger in every single area of that spectrum or of that journey.”

Reuters contributed to this report.