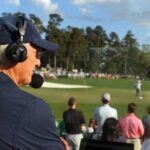 Greg Norman’s Saudi-backed tour wants to disrupt how golf is presented on TV, but can it deliver?

David Hill sounds like a hurricane, and perhaps that’s because he is one.

The legendary television producer and former founding chairman of Fox Sports is a whirlwind of creative energy. When he speaks, he crashes from point to point, his volume oscillating between shout and whisper. He’s impossible to follow and even harder to predict; his methodically chaotic approach to conversation demands your attention.

In the eye of this hurricane, you’ll find Hill’s new day job. As of last week, Hill, 75, is the newest broadcast consultant for LIV Golf Investments, his friend Greg Norman’s Saudi-backed golf startup. Norman is not-so-quietly forming a rival league to the PGA Tour, and while details remain scant, his company is stocking the cupboard with C-suite bonafides, from ex-ESPN execs to former PGA Tour rules official Slugger White.

Hill has been hired to do what he has always done: help make innovative television. It’s an approach that has brought him to the heights of his profession several times in the last 40 years, including at Sky Television, 21st Century Fox, National Geographic and, most notably, Fox Sports.

“I’ve been doing a bunch of other stuff, and Greg called,” Hill said last week in an interview with GOLF.com. “He said he had this idea for this new league, and would I get involved? [Greg] sees this as a clean slate to present golf to the world in his vision, and anything I can do to facilitate that is what I’m up for.”

In his new gig, Hill will have a hornet’s nest of problems to solve — from the shape and feel of a new-look golf telecast, to the platform the broadcast will air on, to the broadcast changes that will help a Norman tour stand apart from the PGA Tour.

On the upside, the pair have plenty of experience with these matters. With LIV Golf Investments, Hill and Norman are resurrecting a professional partnership they first formed for Norman’s ill-fated World Golf Tour in the mid-90s. That league failed, in part, because Rupert Murdoch, Hill’s former boss and Norman’s friend, pulled the league’s television deal before it could ever get off the ground.

Today, the stakes are higher than ever for Norman, who faces the monumental challenge of unseating — or at least displacing — an entrenched sports league by winning over an audience that is already wary of his league’s backers.

One way to go about doing that, in Hill and Norman’s estimation, is to create an entertainment product so captivating that fans can’t not watch.

“We’ve talked about golf over the years, obviously, and the way it’s covered,” Hill said. “What Greg wants to do is to create what we see as the most exciting golf television ever.”

As for what that goal might look like to viewers, Hill hinted to a series of innovations that have long been rumored in conjunction with Norman’s league.

“I think there’s a couple of things that do that,” he said. “The three-day event, the 54 holes — anything you can compress makes things better, because right now the audience has got more alternatives than any time in the history of man. With the shotgun start, everything happens between 2-6 p.m. It’s there — it doesn’t start at 6 in the morning and go on and on and on. So you have this concentrated drama in front of you with storylines left, right and center. So it’s not a slow, linear progression — ‘and here we are in the Waikiki and it’s late Saturday’ — it’s what’s happening now! Boom!”

It’s a lofty vision, Hill admits, but an attainable one.

“The trick with television production is to work out what’s not there and add it,” he said. “I like all my productions to have the audience leaning forward. And I feel that when people are watching golf, they’re leaning back.”

“What Greg wants to do is to create what we see as the most exciting golf television ever.”

Back in the 90s, a fledgling network became a sports TV behemoth by making a similar promise in football. In those days, the market was ruled by three longtime establishment players — CBS, ABC and NBC — but this Rupert Murdoch-owned network had plans to revolutionize sports television. The network had next to nothing by way of production might or reputation, but that mattered little to its deep-pocketed financier, who was willing to vastly overpay to earn NFL rights.

“If you have three packages and three bidders, you’re not going to do very well,” former NFL commissioner Paul Tagliabue told The Ringer in 2018. “It’s like musical chairs. You always have to have one more person looking for seats than you have seats. … When you brought new players to the table, it was a different set of negotiations. All the networks understood that, except maybe CBS.”

It took six years of bidding before Fox Sports outmuscled CBS for its first NFL deal in 1993, but the network arrived in a flurry. In that first year, Murdoch’s new chief executive, David Hill, signed Hall of Fame analyst John Madden, made the network’s production the biggest in football and implemented two major pieces of broadcast innovation (the “Fox Box” live scorebug and superimposed down-and-distance lines). Today, Fox Sports’ net worth is reportedly just shy of $20 billion.

If that playbook sounds familiar to the one Hill and Norman are hinting at, it’s because Hill wrote it.

“I’ve been lucky enough — or unlucky enough, depending upon how you look at it — to work on a number of startups,” Hill said. “One basic thread runs through them all. Set your goals, and set them as high as you can possibly imagine. Fully understand your competition. Understand your potential audience and what they’ve been lacking, and most important, what you can give them which is better than what’s been on offer. Then, don’t deviate and work like hell.”

But, for all of Hill’s experience, there are differences between Fox’s product in the 90s and Norman’s in 2022. For one thing, there’s no guarantee the league will be capable of signing a critical mass of top players. For another, convincing a national audience to pay attention to a new tour is slightly harder than merely asking them to change the channel.

For Hill, however, the job is the same.

“What Greg has done is taken all that energy that he’s renowned for and pushed it into making golf for today,” Hill said. “His main hope is to take the excitement of golf to areas where it’s not represented, especially in the Asia area and China.

“The reason he’s so adamant about this is because the average age of people who watch a golf telecast is 65. That’s the average age. And that tells you that the golf audience is on a downward ski slope. What Greg wants to do — because he’s so passionate about the sport — he wants to reverse that trend and hopefully produce golf that appeals, for the first time many decades, to a much younger demographic than watches now.”

Assuming the league recruits enough talent, one of the final pieces of the puzzle is a television deal. Hill has some experience to this end, but finding a broadcast partner might prove prickly. Fox — where both Norman and Hill have close relationships with Murdoch — would seem to be a clear favorite. Then again, the network’s appetite for golf is unclear after it dumped its TV deal with the USGA in the middle of a 12-year contract just a year ago. Because of their deals with the PGA Tour, CBS and NBC would seem to be out of the picture, which CBS Sports chairman Sean McManus all but confirmed on a call with reporters last week.

“We’re focused on the PGA Tour, and that’s where all of my attention is,” McManus said. “We have great faith in the PGA Tour continuing to put out the best golf product in the world.”

That leaves only a handful of options. Is ESPN willing to throw serious money at Norman’s league just weeks after kicking into a multi-year, multi-billion-dollar streaming agreement with the PGA Tour? How about Turner Sports, whose investment in The Match has gone swimmingly but otherwise has no golf experience?

Hill is old enough to remember when breaking into the NFL’s inner-circle was an impossibility. If the product is good, he reasons, there’s a partner out there somewhere willing to buy it.

“Don King was one of the most interesting characters I’ve ever worked with,” Hill said of the boxing promoter — and the league’s efforts at landing a TV deal. “What he would always say is ‘content is King and King is content.’”

“What they’re going to go for — what anyone in the media business is going to go for — is something that’s dramatic and exciting,” Hill said. “I don’t think, with all due respect, those are two adjectives you can apply week by week to golf tournaments.”

Should Hill’s work with Norman’s tour fail, it won’t be for a lack of vision … or without a few waves.

“Perhaps I’m saying it the wrong way: LIV Golf is going to be dramatic and exciting. Period.” 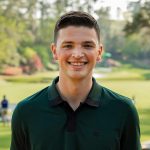 Hitting the links? Our 'Play Responsibly' shirt might be for you