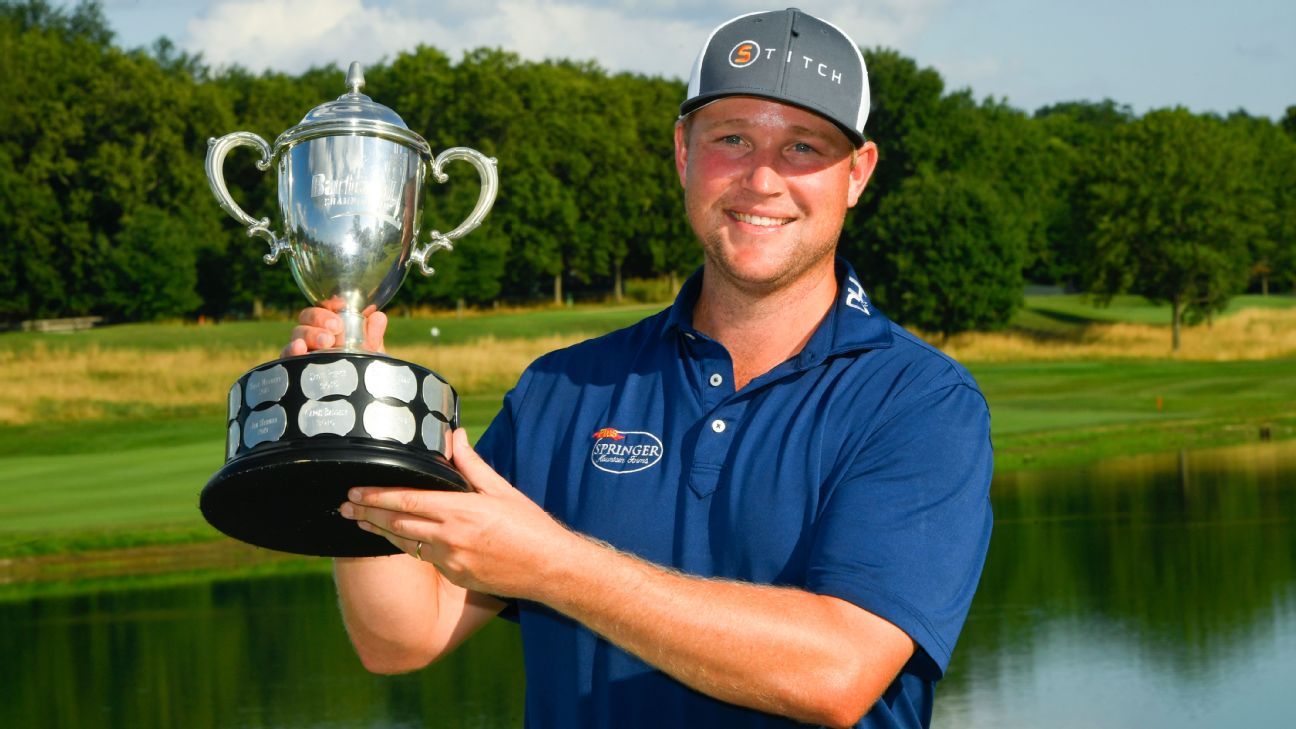 NICHOLASVILLE, Ky. — Trey Mullinax won the rain-delayed Barbasol Championship on Sunday for his first PGA Tour title, holing a 15-foot putt from the edge of the 18th green to beat Kevin Streelman by a stroke.

The 30-year-old Mullinax followed the breakthrough putt with a celebratory fist pump and scream. He played 33 holes Sunday, completing a 5-under 67 in the delayed third round and following with a 66 to finish at 25-under 263.

“I stayed focused for 72 holes,” Mullinax said. “I missed a couple of opportunities with the putter and just told myself to keep putting, been putting great. Been hitting my irons beautifully all week, probably the strongest part of my game. I knew I was going to have that shot a couple of times, and I hit a great shot at the right time.”

Streelman’s hope of forcing a playoff ended when his 9-foot birdie putt rolled right. He settled for par and a 67.

“I’m frustrated I hit two incredible shots there the last two holes and hit two good putts,” Streelman said. “One of them went, one of them didn’t.”

Mullinax earned the last spot in the British Open at St. Andrews, with that tournament starting Thursday. The former Alabama player also gets spots in the 2023 PGA Championship and Sentry Tournament of Champions.

It marked the Barbasol Championship’s sixth consecutive finish determined by 1 shot or a playoff. Mullinax earned his title in his 105th PGA Tour start, overcoming bogeys on the par-5 sixth and par-3 ninth holes to finish with three birdies on the backside and eight overall.

Mullinax and Streelman were deadlocked for several holes before Streelman fell a shot back with a bogey on the par-3 16th. Streelman quickly made it up with a birdie on 17, converting a 9-footer.

After two days of rain delays that carried rounds over to the next morning, players finally had perfect weather in central Kentucky. At the same time, that meant a long Sunday with much of the field first having to complete the bulk of a third round suspended by darkness before regrouping for the final 18 holes.