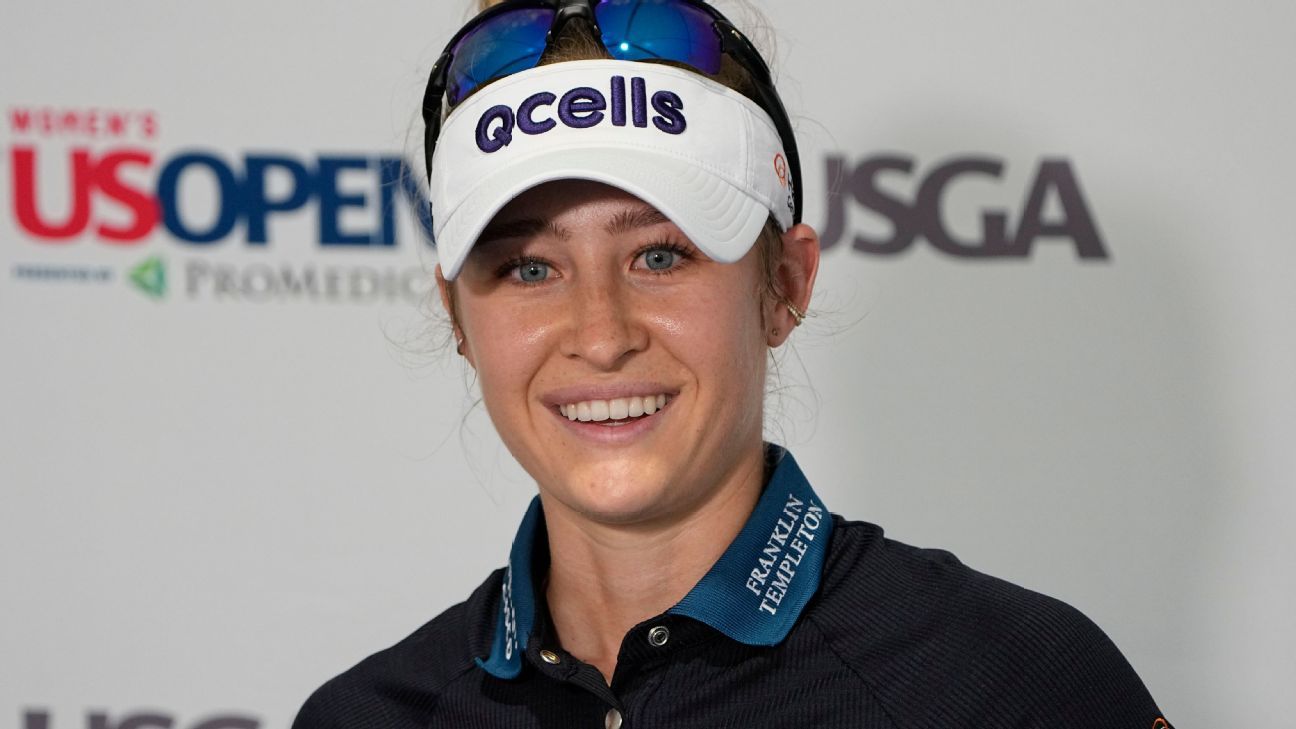 SOTOGRANDE, Spain — American Nelly Korda shot a 5-under 67 on Saturday to make up 7 strokes on her sister Jessica Korda and win the Aramco Team Series on the Ladies European Tour.

Nelly Korda had bogeys on her second and final holes but it was still enough for a 3-shot victory over her older sister as well as Spaniard Ana Pelaez Trivino and France’s Pauline Roussin.

Nelly Korda finished with a 13-under total at La Reserva Club de Sotogrande.

“I haven’t won this year, so it feels nice to get a win under my belt but I’m also very sad as it wasn’t the day Jess was expecting,” Nelly Korda said. “I guess we were hoping for a bit more of a battle going down the stretch, but it’s golf and that sometimes happens.”

Jessica Korda shot a 5-over 77 to relinquish her 6-shot lead over Roussin entering the final round. She had a 4-under 68 in the second round after opening with an 11-under 61 that broke the course record and equaled the lowest round in relation to par ever made on the Ladies European Tour.

Jessica Korda opened with consecutive birdies Saturday but then made seven bogeys and a double bogey in addition to two other birdies.

Third-ranked Nelly Korda made three straight birdies on Nos. 7-9 and again on Nos. 12-14 before picking up another one on the 16th.

It was the second Ladies European Tour victory for Nelly Korda.