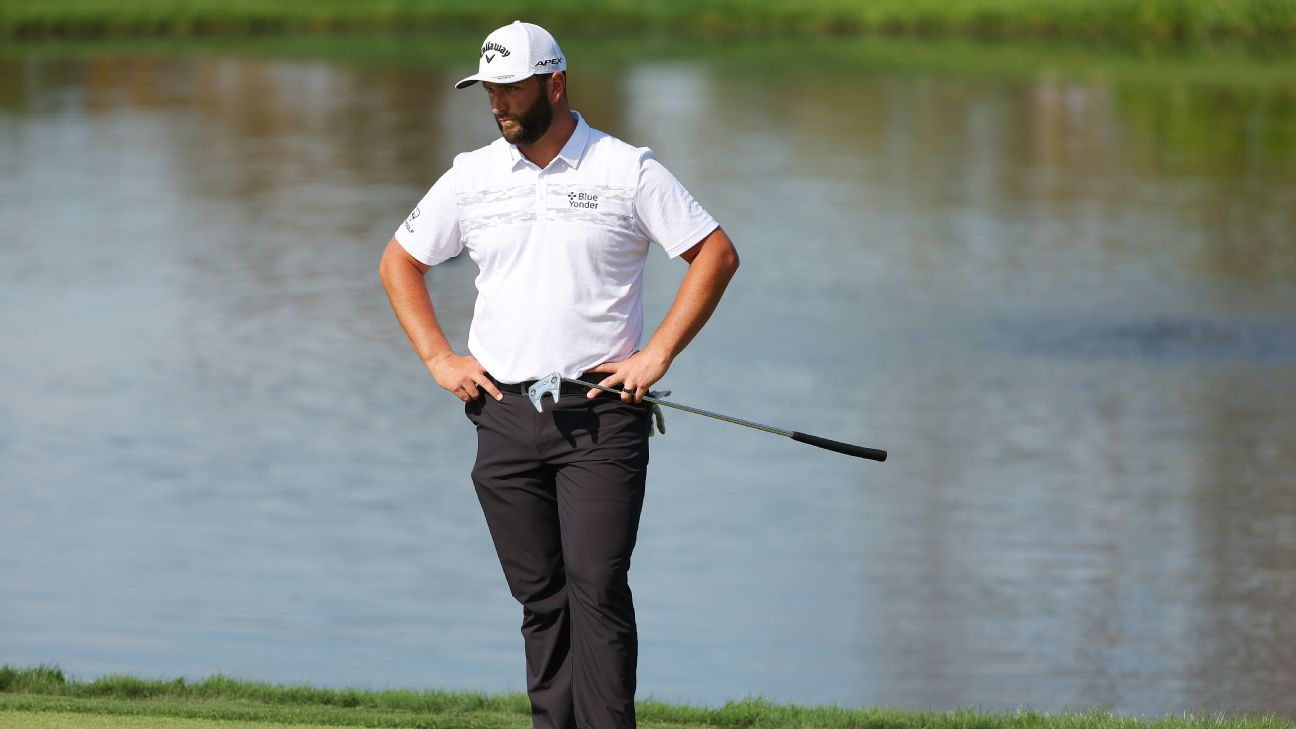 Jon Rahm doesn’t miss much on the PGA Tour — especially not from 10 inches.

But it happened Thursday during the opening round of the Arnold Palmer Invitational.

The world No. 1 went to clean up a 10-inch putt for par on the par-3 seventh hole, decelerated his putter just before contact and watched his ball barely make it halfway to the hole. He quickly knocked in the follow-up putt for bogey, then was left to rue what the PGA Tour called the shortest missed putt of the season by any player.

“I wish I could give you all the excuses in the world, but no, it’s as simple as it just didn’t feel good in my hands, and I tried to stop, and I didn’t. I just simply didn’t stop,” Rahm told reporters afterward in Orlando, Florida. “I don’t know. It was very odd.

“I’ve seen many things. I’ve seen the putter get a little stuck on a blade of grass on the way back and do something funky, hit the ground before because you’re not paying attention. I’ve seen so many things from a foot. I’ve seen some of the best putters in the world miss it because you don’t really take a proper stance.”

Rahm ended up with an even-par 72 that left him tied for 51st by round’s end.

Putting overall was largely to blame. He finished second Thursday in strokes gained approach, but was 114th out of the 120 players in strokes gained putting. Before Thursday, the reigning U.S. Open champion had been a perfect 211-for-211 on putts inside 3 feet this season.

“It sucks to give away a shot like that, to be honest,” he said.

Day leaves Bay Hill to be with dying mother