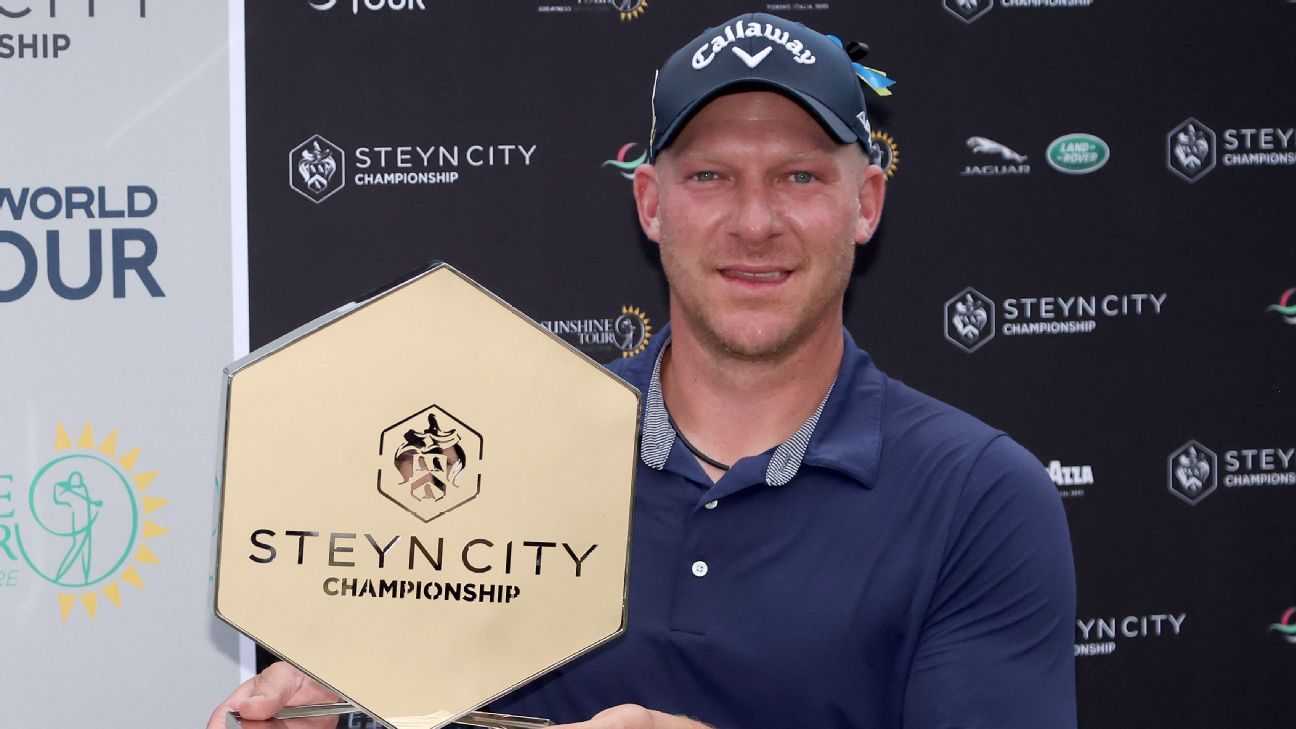 Shaun Norris overcame a poor start to his final round to card a 70 and win the DP World Tour’s Steyn City Championship with 25 under par on Sunday, his first victory on the European circuit.

South African Norris, who carded a remarkable 62 on Friday, held a four-shot lead going into the fourth round but bogied two of the first four holes and was caught on the back nine by compatriot Dean Burmester.

Fortunes swung, however, when Burmester carded a double-bogey six on the par-four 17th, and with his birdie on the same hole, Norris claimed victory by three shots.

“I stayed patient and kept my head, and eventually things fell into place. I was hitting the ball nicely and I gave myself chances. Things started going my way,” a tearful Norris told reporters.