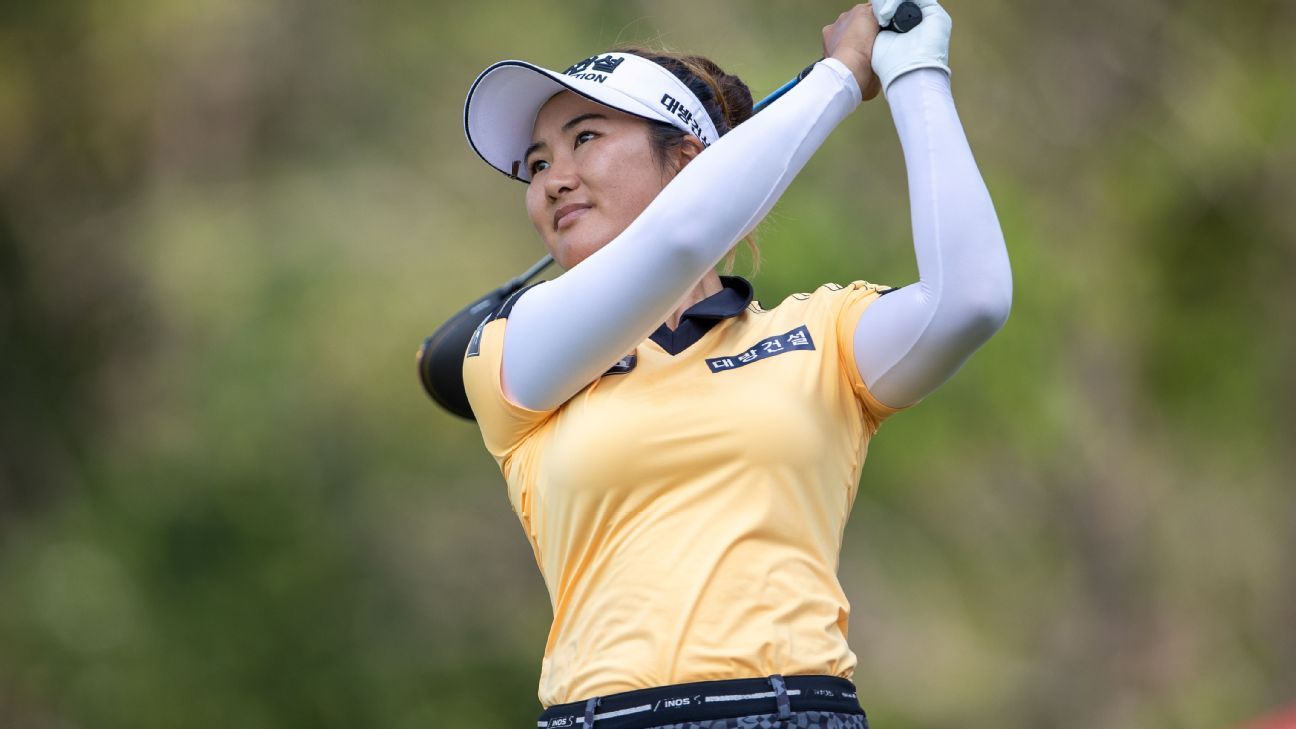 CHONBURI, Thailand — Oh Su eagled her final hole to grab a share of the lead alongside Nasa Hataoko after the second round of the LPGA Thailand on Friday.

Oh, who represents Australia but was born in South Korea, had five birdies through 15 holes before play was suspended because of weather at the Siam Country Club Pattaya Old Course. After the hour of interruption she nearly holed out from the fairway on the par-5 18th before tapping in for an eagle for a 7-under 65.

“I kind of had a really good yardage to that back pin. Didn’t matter how hard I hit my 3-wood, it wouldn’t have carried on top, so I think that helped,” said Oh, who is looking for her first top 10 finish since tying for seventh at the ShopLite LPGA Classic in October.

Hataoka finished with seven birdies, including on the 18th.

“She made birdies a lot, so I had to try to hit more birdies, too,” Hataoko said.

Celine Boutier (64) and Nanna Koerstz Madsen (64) were tied for second, one stroke behind the leaders.

Boutier, who is of Thai heritage but competes for France, finished with four straight birdies.

Lin Xiyu (66) was fifth while first-round leader Esther Henseleit (71) dropped into a tie for 11th.