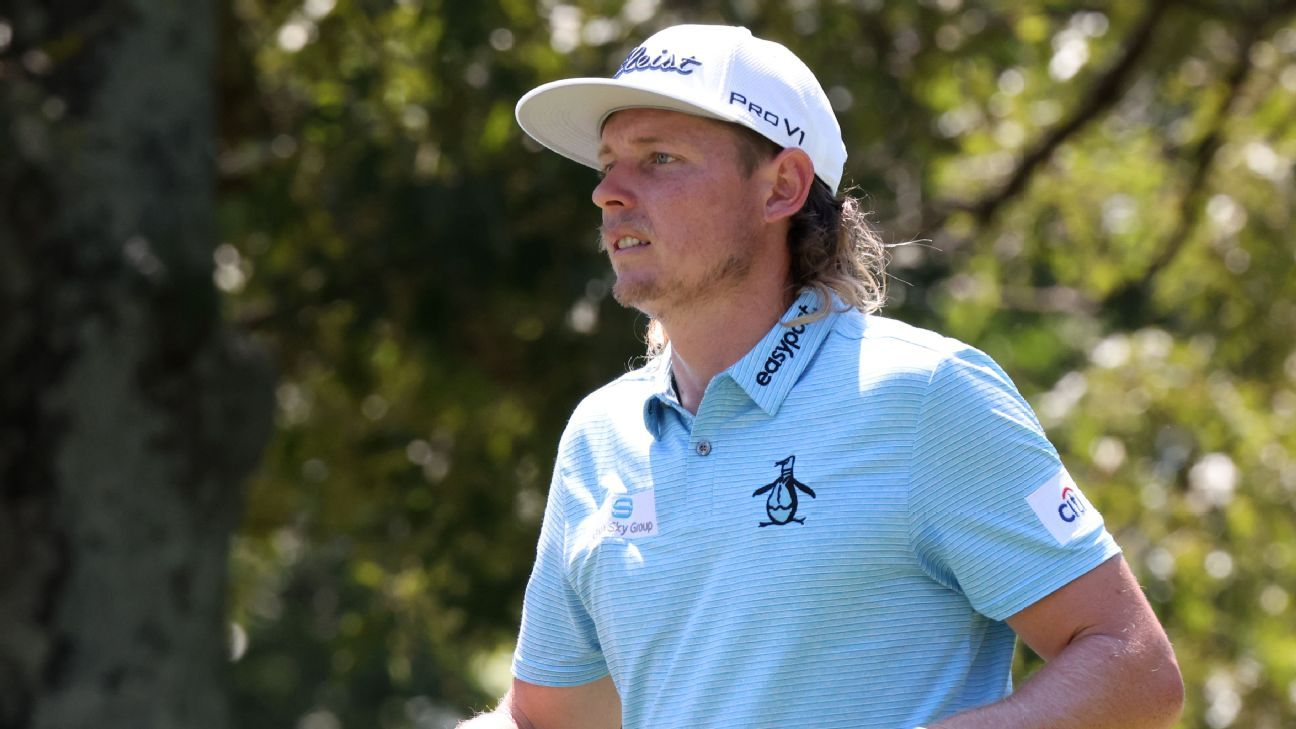 Cameron Smith, who was attempting to become the No. 1-ranked golfer in the world and is reportedly set to join the rival LIV Golf series, was assessed a 2-stroke penalty before the start of Sunday’s final round of the FedEx St. Jude Championship at TPC Southwind in Memphis, Tennessee.

According to a statement from the PGA Tour, Smith played his ball from the improper spot on the fourth hole during Saturday’s third round. The tour said Smith “was assessed a two-stroke penalty for a breach of Rule 14.7 [playing ball from the wrong spot].”

Smith, the winner of the 150th Open Championship at St. Andrews last month, took a drop in the improper spot after hitting his ball into the water on the par-3 fourth hole.

Smith signed for a 3-under 67 and was 2 shots behind leader J.J. Spaun. After the penalty, he started the final round 4 strokes behind him.

He finished the event tied for 13th, shooting an even-par 70 in the final round. Smith didn’t talk to reporters on Sunday.

Rule 14.7 of the Rules of Golf states: “When a player’s ball comes to rest in an area where play is not allowed, the player must take relief under the appropriate Rule. In stroke play, if the player plays the ball from that area (such as a no play zone or wrong green) the player gets two penalty strokes for each stroke made from that area.”

Smith hit his tee shot onto the green, but it bounced left into an adjoining pond. Smith took two clubs’ length of relief. On his drop, his ball rolled back toward the water and settled with part of it on the red penalty-area line. He played his third shot from there and nearly chipped his ball into the hole.

Gary Young, the chief referee for the PGA Tour, said they noticed that Smith’s ball was very close to the penalty-area line during live action on Saturday. Young talked to the rules official who was on the fourth hole, but he wasn’t called over by Smith for a ruling.

“It looked like his ball was awfully close to the line, but we felt comfortable that the player knew enough that he wouldn’t play a ball that was touching the line of the penalty area,” Young said during an interview with NBC Sports on Sunday.

Another member of the tour’s rules committee raised concerns about Smith’s drop after watching a rebroadcast of the third round, according to Young. Young said Smith’s ball was close enough to the line “that we decided we should probably talk to the player himself.”

When Young asked Smith about the situation on Sunday morning, Smith said, “Yeah, my ball was definitely touching the line.”

Young said Smith took the news like a “complete gentleman” and said, “The rules are the rules.”

With Scottie Scheffler missing the cut in Memphis, Smith would have moved to No. 1 in the Official World Golf Ranking with a win in the FedEx St. Jude Championship, the first leg of the FedEx Cup playoffs.

On Tuesday, the Telegraph of London reported that Smith was set to become the highest-ranked player to join the Saudi Arabian-backed LIV Golf league. He reportedly will receive a signing bonus worth more than $100 million and would debut in the next LIV event in Boston, scheduled for Sept. 2-4.

“I’m a man of my word, and whenever you guys need to know anything, it’ll be said by me,” Smith said Tuesday.