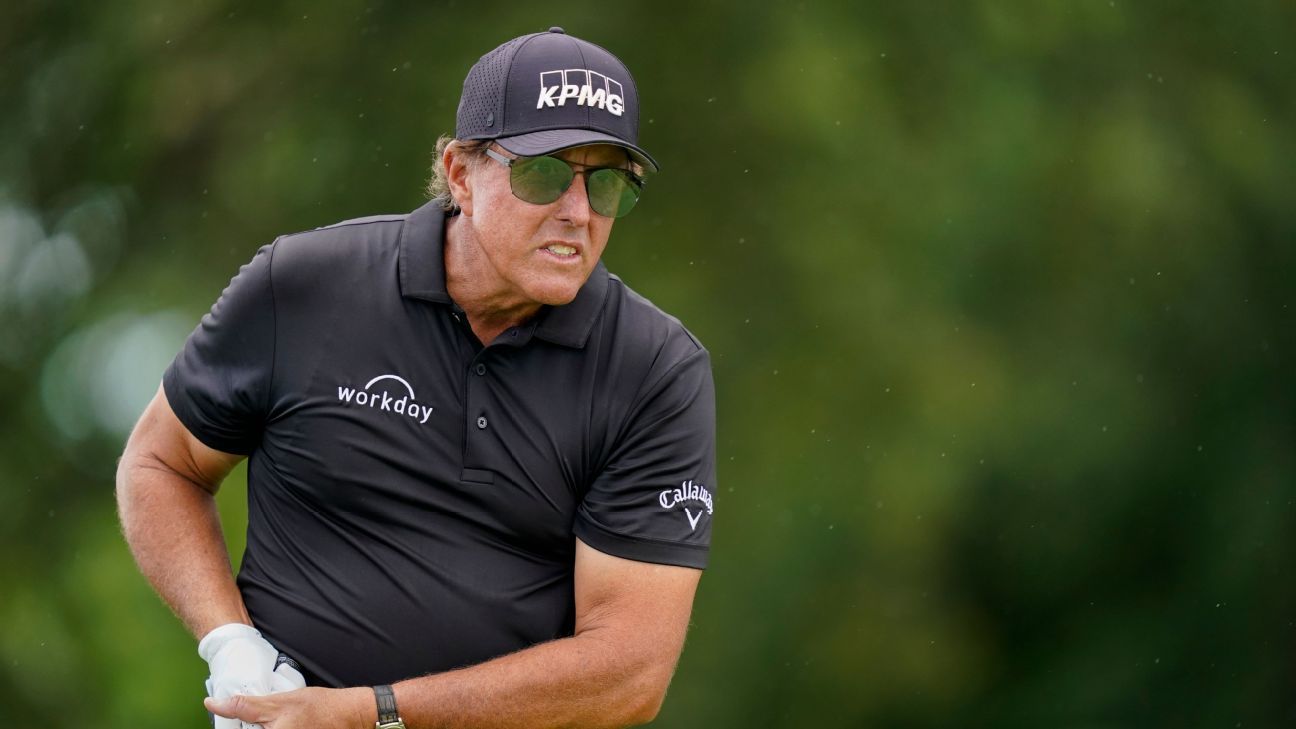 LOS ANGELES — Even though the Saudi Arabian government has been accused of myriad human rights violations by watch groups around the world, Phil Mickelson says he is willing to get involved with a Saudi-financed breakaway golf league to have leverage with the PGA Tour.

“They’re scary motherf—ers to get involved with,” Mickelson told author Alan Shipnuck, who posted an excerpt of his upcoming book, “Phil: The Rip-Roaring (and Unauthorized!) Biography of Golf’s Most Colorful Superstar,” on the Fire Pit Collective website Thursday.

“… They killed [Washington Post reporter and U.S. resident Jamal] Khashoggi and have a horrible record on human rights,” Mickelson continued, in an interview that Shipnuck said took place in November. “They execute people over there for being gay. Knowing all of this, why would I even consider it? Because this is a once-in-a-lifetime opportunity to reshape how the PGA Tour operates.”

Mickelson, 51, is one of the most high-profile PGA Tour players linked to the new circuit that will purportedly be funded by Saudi Arabia’s Public Investment Fund, the nation’s sovereign wealth fund, which has an estimated worth of $500 billion.

“I know 20 guys who want to do this,” Mickelson told Shipnuck of the proposed Super Golf League, “and if the Tour doesn’t do the right thing, there is a high likelihood it’s going to happen.”

On Wednesday night, Shipnuck tweeted that organizers of the Saudi-backed league, which will be part of the Asian Tour, had commitments from 20 players and would publicly announce its plan next month during the week of the Players Championship, the PGA Tour’s flagship event. The new league is being fronted by Greg Norman.

A PGA Tour spokesperson said the tour would have no comment about Mickelson’s remarks. A representative of Mickelson’s management team didn’t reply to an email requesting comment.

A PGA Tour player told ESPN on Wednesday that the new circuit would include approximately 14 events in Asia, Europe, the Middle East and the U.S. It might involve some team format with 40-player fields, no cuts and $20 million purses. Mickelson might be joined by Dustin Johnson and Bryson DeChambeau, the player said.

Mickelson, who last year became the oldest major champion by winning the PGA Championship at Kiawah Island at age 50, earlier this month played in the Saudi International.

“[The PGA Tour has] been able to get by with manipulative, coercive, strong-arm tactics because we, the players, had no recourse,” Mickelson told Shipnuck. “As nice a guy as [PGA Tour commissioner Jay Monahan] comes across as, unless you have leverage, he won’t do what’s right. And the Saudi money has finally given us that leverage. I’m not sure I even want [the SGL] to succeed, but just the idea of it is allowing us to get things done with the [PGA] Tour.”

Shipnuck reported that Mickelson told him he had enlisted three other players — whom he declined to identify — to help him have lawyers write the Super Golf League’s operating agreement.

Over the past several weeks, Mickelson has fumed about the PGA Tour’s “obnoxious greed” and its control of players’ media rights. He said players are unable to profit from NFTs of their on-course moments. In an internal PGA Tour memo that was leaked in December, the tour announced it was launching a video-based NFT platform, which it said would be a “new incremental revenue opportunity for players.”

“We played those shots, we created those moments, we should be the ones to profit,” Mickelson told Shipnuck. “The Tour doesn’t need that money. They are already sitting on an $800 million cash stockpile. How do you think they’re funding the PIP [Player Impact Program]? Or investing $200 million in the European Tour? The Tour is supposed to be a nonprofit that distributes money to charity.

“How the f— is it legal for them to have that much cash on hand? The answer is, it’s not. But they always want more and more. They have to control everything. Their ego won’t allow them to make the concessions they need to.”

Shipnuck reported that Mickelson also wanted the PGA Tour to change the way it governs its players.

“The Tour likes to pretend it’s a democracy, but it’s really a dictatorship,” Mickelson told Shipnuck. “They divide and conquer. The concerns of the top players are very different from the guys who are lower down on the money list, but there’s a lot more of them. They use the top guys to make their own situation better, but the top guys don’t have a say.”

Monahan has told PGA Tour players that anyone who leaves to play in the SGL would be immediately suspended and possibly permanently banned from returning.