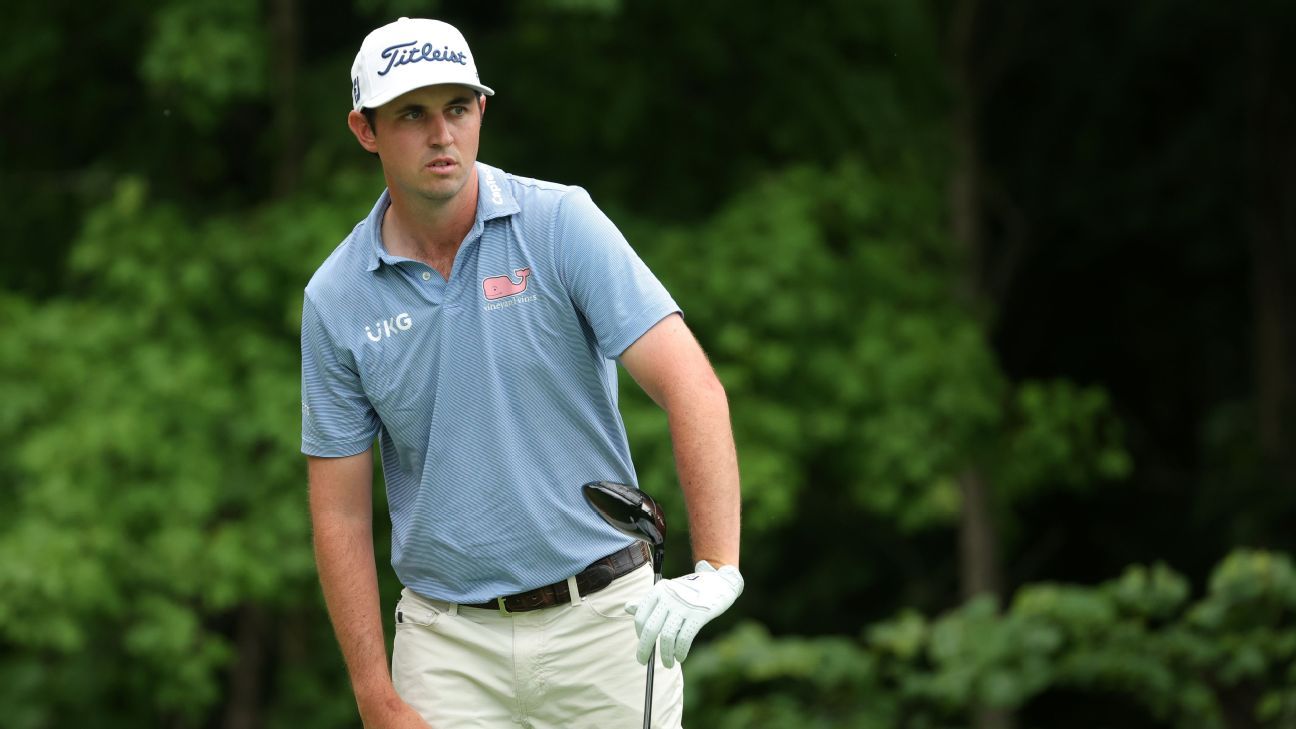 SILVIS, Ill. — J.T. Poston took a 4-stroke lead into the weekend in the PGA Tour’s John Deere Classic, following an opening 9-under 62 with a 65 on Friday at TPC Deere Run.

Coming off a second-place tie last week in Connecticut after also opening with a 62, Poston got to 15 under with a birdie on the par-4 13th and parred the final six holes in the afternoon round.

“I feel great,” Poston said. “My last few rounds out here have been great going back into last week, so just going to try and keep riding that momentum and doing what I’m doing. Don’t change anything and just kind of take the good looks when they come. And when I don’t have a good number or don’t feel good over it, just be smart about it.”

Poston was a stroke off the tournament 36-hole record set by Steve Stricker in his 2010 victory.

Denny McCarthy was second at 11 under after a 65, also playing in the afternoon after rain delayed play in the morning.

Christopher Gotterup, the former Rutgers player in the field on a sponsor exemption, had a 67 to match Matthias Schwab (65), Emiliano Grillo (64) and Chris Naegel (66) at 10 under.

“It was an interesting day,” Gotterup said. “Definitely a bit of an up-and-down day compared to yesterday, where I was kind of more on cruise control.”

Poston won the 2019 Wyndham Championship for his lone PGA Tour title. Last week in the Travelers Championship, he followed the opening 62 with rounds of 70, 67 and 64 to finish 2 strokes behind Xander Schauffele.

“Last week, the one thing I think I learned after playing well Thursday was to try and keep the pedal down,” Poston said. “I think this golf course may yield a few more birdies than last week, but at the same time, you got to go out there and hit some golf shots to stay aggressive. I was able to do that, which is nice.”

Iowa native Zach Johnson, the 2012 winner, was 4 under after opening 69-69 in his 20th consecutive start in the event.

“Today was much more manageable and gettable,” Johnson said. “Yesterday, I putted better probably as a whole.”

D. Johnson moves into tie with Ortiz at LIV event