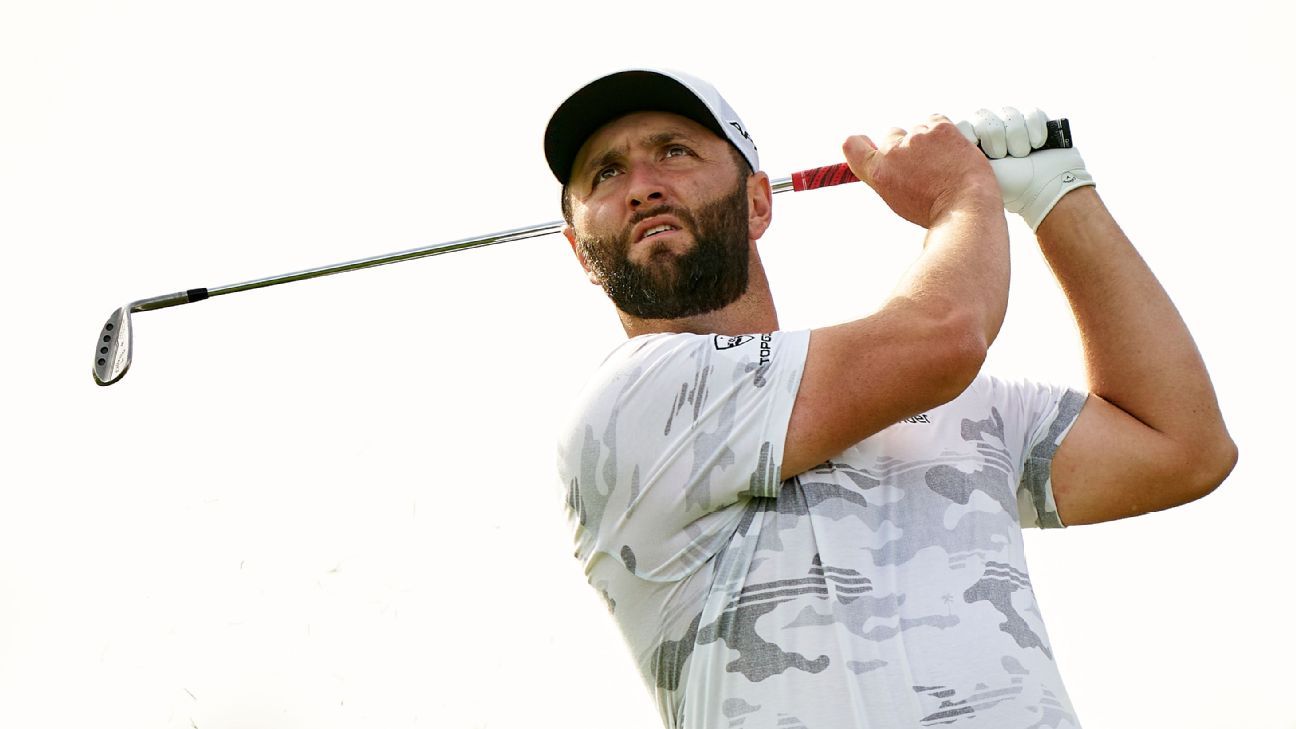 Jon Rahm’s four-footer for birdie on the final hole just missed the cup, capping a frustrating day for the home-crowd favorite at the Spanish Open and dropping him two shots off the lead on Friday.

Paul Waring and Stephen Gallacher shared a one-shot lead at the halfway mark.

Rahm, seeking a third Spanish Open title to equal Seve Ballesteros’ victories, followed his opening round of 63 with a 3-under 68 at Club de Campo Villa de Madrid.

A solid back nine after a slow start moved him to 10 under overall and in contention going into the weekend.

“It’s still a good position to be in,” Rahm said. “The putt on the 18th was a pity, but it happens, it’s not a big deal. Two shots off the lead is nothing, especially knowing that I still haven’t played my best golf.”

Rahm was visibly frustrated with his game early on. The world No. 6 had consecutive mishits that led to his first bogey on the fifth hole, then could be heard loudly cursing in Spanish after a bad drive on the following hole.

Rahm picked up consecutive birdies on the seventh and eighth holes before making two more bogeys on the 10th and 11th. He finally settled down, making four birdies in his next five holes before missing the four-footer to close out the round.

“I played 11 uncomfortable holes and then played really good golf on the last seven,” Rahm said. “It was a frustrating start because I was making good swings and things didn’t go my way.”

Waring had 10 birdies and two bogeys in his 8-under 63 to sit at 12 under for the tournament. His birdies came in streaks, with three in a row to start, then three more from holes 8-10 and the other four from holes 14-17.

“I got the putter quite hot,” the Englishman said. “It was nice to hole a few long ones coming in and just sort of keep that momentum going.”

Gallacher had seven birdies and a bogey in his second consecutive round of 6-under 65.

“If I can play the same over the weekend,” the Scot said.

Fellow Scot David Drysdale and South African Hennie Du Plessis had rounds of 66 to stay one shot off the lead at 11 under.

Tied with Rahm in fifth place were first-round leaders Kiradech Aphibarnrat of Thailand and Darius van Driel of the Netherlands. Also at 10 under were Australian Min Woo Lee and Frenchman Matthieu Pavon.

The other first-round leader, Ashun Wu, had a rollercoaster round that included six birdies, a bogey and three double bogeys. The Chinese golfer shot 39 on the back nine in a 1-over round of 72, dropping five shots off the pace.

South African Daniel van Tonder made a hole-in-one on the par-three ninth, a day after Daniel Gavins’ feat at the same hole.

Tommy Fleetwood, the other top 30 player in the field in Madrid, shot 2-under 69 to move to 3 under for the tournament in a tie for 46th.