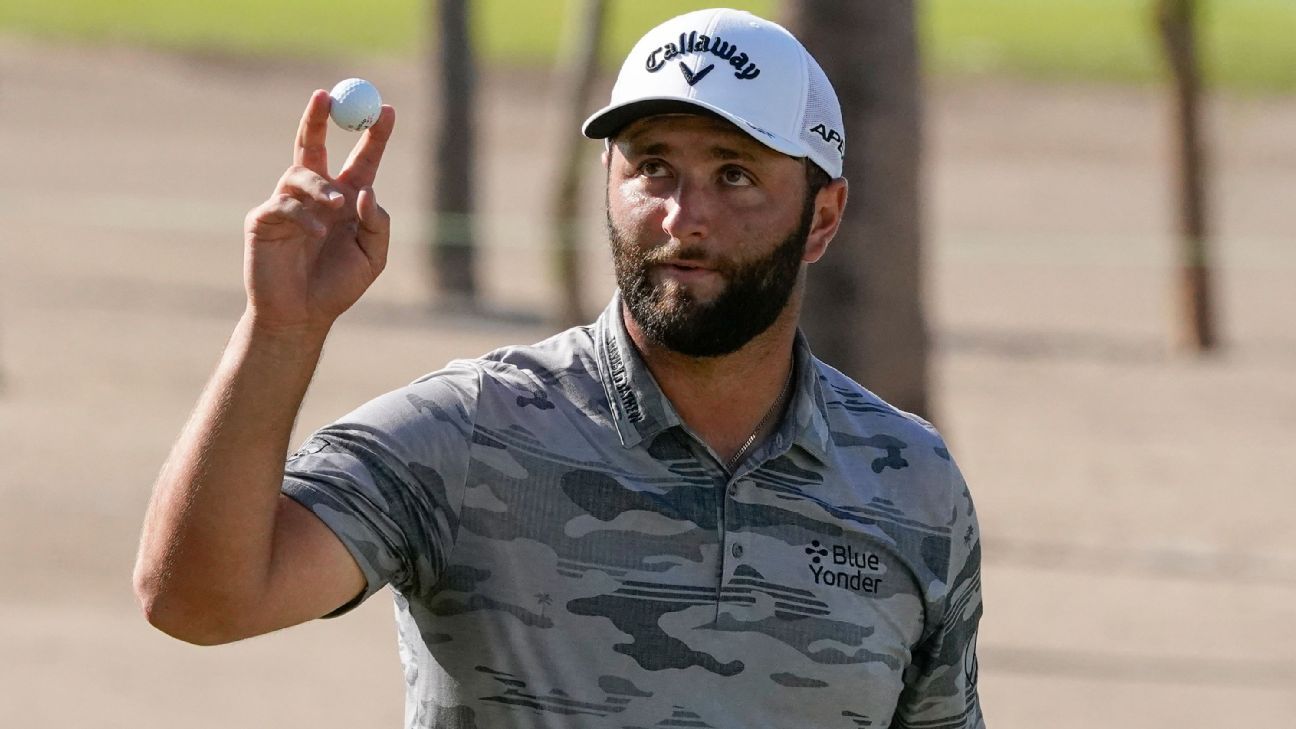 PUERTO VALLARTA, Mexico — Jon Rahm faced the wind and handled it just as well Friday in the Mexico Open, making eight birdies on his way to a 5-under 66 that staked the world’s No. 2 player to a two-shot lead over Alex Smalley.

Rahm birdied all four of the par 5s, including the 18th hole at Vallarta Vidanta with a 4-iron from light rough to just short of the green, a pitch to 6 feet and one last putt.

Smalley was playing on the other side of the course, where he did most of his work. The highlight was holing out from 165 yards on the par-4 third hole for eagle. He had eagle chances on consecutive holes late in his round, two-putting from 35-feet on the par-5 sixth and driving the 291-yard seventh hole to 30 feet for another two-putt birdie.

He finished with a 66 and will be in the final group with Rahm.

Rahm was two shots higher than his opening round, in which the Spaniard never had to deal with the wind until the final four holes. This was one felt even better.

“I feel like I might be a little bit more satisfied with today’s score than yesterday,” Rahm said. “Yesterday I felt like I was really under control and relatively speaking stress free. Today was a bit more of a grind, but still a really good round of golf.”

Patrick Reed ran off two late birdies and was poised to close out his round with a third in a row until a pedestrian pitch from just short of the green on the par-5 18th. He had to settle for par and a 66, leaving him in a large group that was three shots behind.

Cameron Champ, who played alongside Rahm and handled the wind with his penetrating ball flight, had a 66 to reach 9-under 133. Champ and Reed were joined by Trey Mullinax (69), Adam Long (66) and Andrew Novak (67).

Rahm played a superb shot from a waste area well right of the green on the par-5 14th to about 3 feet. What really pleased him was his 6-iron on the par-3 ninth, over water while trying to navigate the gusts.

“The 6-iron was perfect. And having 3 feet for birdie there, it’s a huge bonus,” Rahm said. “I think my iron game was really, really good today. It was really under control and in those windy conditions I was hitting it really, really solid so. I was never really too surprised where my ball was ending up and I was always in a good position.”

Smalley, a Duke graduate in his rookie year on the PGA Tour, had a runner-up finish in the Dominican Republic a month ago. Both courses have the same kind of grass on the greens, and Smalley said he picked up plenty of experience playing in the final group on the weekend, starting with the belief he can compete on tour.

He also was a quick study on the wind, that made some of the par 4s more difficult to reach than some of the 600-yard par 5s.

“That’s what happens when you have winds that are gusting 25,” Smalley said. “I was able to keep the ball in play and was able to get out of those holes that were playing really long, and happy I’m done with them.”

Scott Brown, Jonathan Byrd and Davis Riley, who lost in a playoff at the Valspar Championship earlier this year, were in the group at 8-under 134, four shots behind.

The task for everyone is chasing Rahm, going for his first victory of the year.

“I’ve been playing really good,” he said. “I can’t really complain about anything I’m doing right now, so hopefully I can keep that good ball-striking going and keep rolling it the way I have.”