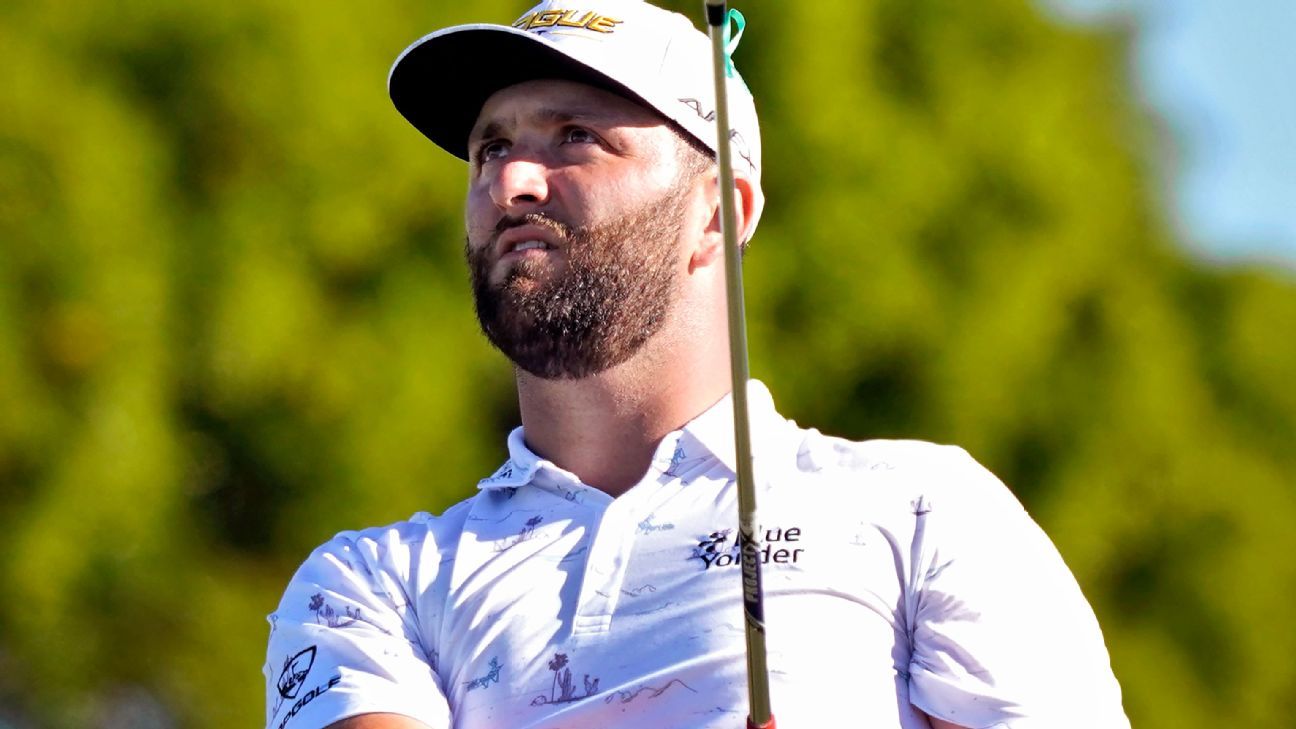 KAPALUA, Hawaii — Jon Rahm matched the low score of his career, tied the course record at Kapalua and played his last 12 holes in 11-under par for a 61. He needed it just to catch Cameron Smith in the Sentry Tournament of Champions on Saturday.

In an outrageously low-scoring start to the new year on the PGA Tour, Rahm and Smith pulled away from the rest of the winners-only field by going shot-for-shot, putt-for-putt across so much of the back nine on the defenseless Plantation course.

Rahm capped off his birdie-eagle-birdie-birdie finish with putts from just inside 30 feet and 15 feet for his 12-under 61. That tied the course record set a few hours earlier by Justin Thomas, who was one shot behind when he finished, nine shots back when the day was done.

The average score of 67.7 was the lowest at Kapalua since the Tournament of Champions moved to the west end of Maui in 1999. The previous record was 67.8 set the day before.

There’s nothing to stop these guys except themselves, and that wasn’t happening.

Rahm and Smith were at 26-under 193, five shots clear of Daniel Berger, who had a third consecutive round of 66. That wasn’t nearly good enough for this perfect week of warm weather, very little wind and extraordinarily low scoring.

Ernie Els set the PGA Tour record for lowest score to par at 31 under in 2003 at Kapalua. That’s very much in jeopardy.

“Some really good golf from both us,” Smith said.

He had a three-shot lead at the start of the third round, was still three shots ahead through six holes and then was 8-under par over his last 12 holes — and he lost the outright lead.

Rahm, the No. 1 player in the world and looking likely to keep the ranking, was at his best in his first competition since the middle of October.

He closed out the front nine with three straight birdies and started the back nine with two straight birdies. The only holes were he had to settle for par were No. 12 (where he missed a birdie putt from just inside 12 feet) and No. 13 (he left a 10-foot putt short).

His best was a second shot into the par-5 15th to rolled to 4 feet for an eagle. That pulled him within one shot, for Smith had to settle for a two-putt birdie. They matched birdies the rest of the way, both making from just inside 30 feet on No. 17, until the closing par 5.

Both came up short, not unusual with a front pin and the grain running severely away from them. Smith narrowly missed from 15 feet, while Rahm holed his 8-foot birdie putt.

As for the other 36 winners in the field? Not all of them are out of it.

Patrick Cantlay was trying to stay with the leaders until his wedge to a back pin on the 16th came out hot and found the rough behind the green, leading to a bogey that felt much worse. He wound up with a 66 and fell six shots back, along with Matt Jones (62) and Sungjae Im (65).

Thomas had a 74 in the opening round and had little reason to like his chances until he pulled away by playing his last seven holes in 7 under. That gave him a 61 and at least some hope, just not for very long.

All 38 players were under par, with Jason Kokrak bringing up the rear at 5-under 214.

Justin Thomas, after shooting one record, jokes about his first — and Tiger, the player he beat