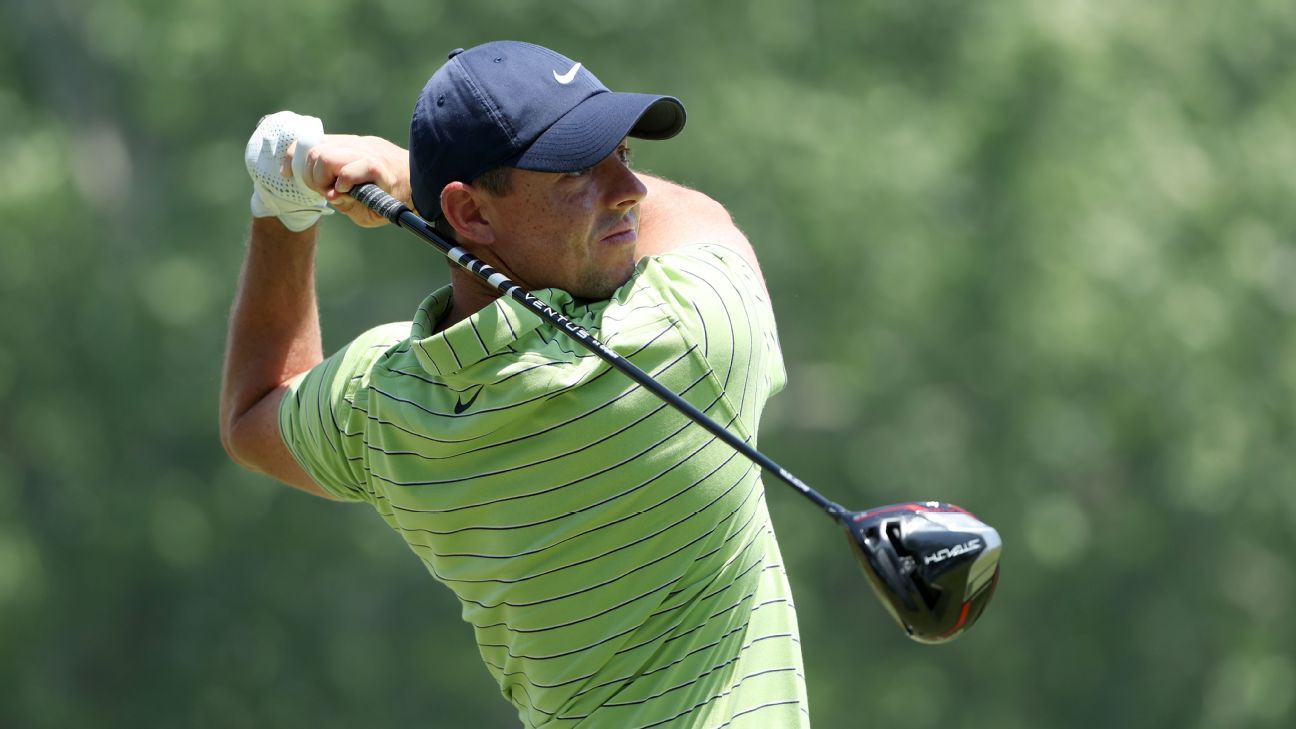 TULSA, Okla. — Rory McIlroy looked free and easy and saw only opportunity at Southern Hills during the first round of the PGA Championship on Thursday.

McIlroy blasted his driver over trees and into fairways, setting up some of his seven birdies that carried him to a 5-under 65 and an early 1-shot lead after the morning wave.

Masters champion Scottie Scheffler was among those playing Thursday afternoon as the heat index crept toward 90 degrees.

It was just what McIlroy needed as he tries to end nearly eight years without a major, many of those chances doomed by bad starts. This was his lowest start to par since a 6-under 66 when he won the PGA at Valhalla in 2014, the last of his four majors.

“I think when your game is feeling like that, it’s just a matter of going out there and really sticking to your game plan, executing as well as you possibly can and just sort of staying in your own little world,” McIlroy said.

“I feel like this course, it lets you be pretty aggressive off the tee if you want to be, so I hit quite a lot of drivers out there and took advantage of my length and finished that off with some nice iron play and some nice putting.”

Will Zalatoris and Pebble Beach winner Tom Hoge each opened with a 66, while Matt Kuchar and Abraham Ancer were another shot behind.

McIlroy was playing alongside Tiger Woods and Jordan Spieth, who lacks only this major to complete the career Grand Slam and arrived in Tulsa with his game in good form. But a series of missed birdie chances was followed by a series of missed par putts, and Spieth never quite recovered. He had a late birdie and saved par on his final hole at No. 9 for a 72.

Woods picked his spots and was never terribly crisp on a right leg he said felt worse than it did at the Masters last month. He fell apart in the middle of his round and at the end, finishing with two bogeys for a 74 and his worst start to a PGA since 2015.

The difference between McIlroy and Woods was clear early in the round. On the 461-yard 12th hole, Woods hit iron off the tee that left him 178 yards. McIlroy pounded driver with a slight fade with the prevailing breeze, leaving him 86 yards.

He hit lob wedge to a foot for birdie.

That was the start of four straight birdies for McIlroy, including a 6-iron to 25 feet for his longest birdie of the day at the par-3 14th.

McIlroy made birdie on the two par 5s from greenside bunkers, hitting a 3-iron both times on the 628-yard 13th and the 665-yard fifth. He hit another big drive on the tough par-4 second, leaving 7-iron to about 10 feet.

The warmth — not oven heat like the 2007 PGA in August — and mild wind led to ideal scoring, though Southern Hills still had enough defense.

Only 17 of the 78 players from the morning wave broke par.

“I don’t think a major champion here has ever been double digits under par, so you know the scores aren’t going to go much further,” Hoge said. “It’s a grind out here. If you get out of position in the rough here, it’s tough to control the golf ball around these greens because they can get running off so fast. You just try to keep it simple.”

One other part of Southern Hills’ history with seven previous majors: Five of the champions had at least a share of the 18-hole lead.

Xander Schauffele was in the group at 68, while Tony Finau was among those at 69.

John Daly tried to revive some memories at age 56 and with a beard longer than any rough at Southern Hills. He opened with a 67 in 2007 and was 2 under through 10 holes until fading at the end with four bogeys over his last five holes for a 72.

After good start, Tiger limps in with 4-over 74