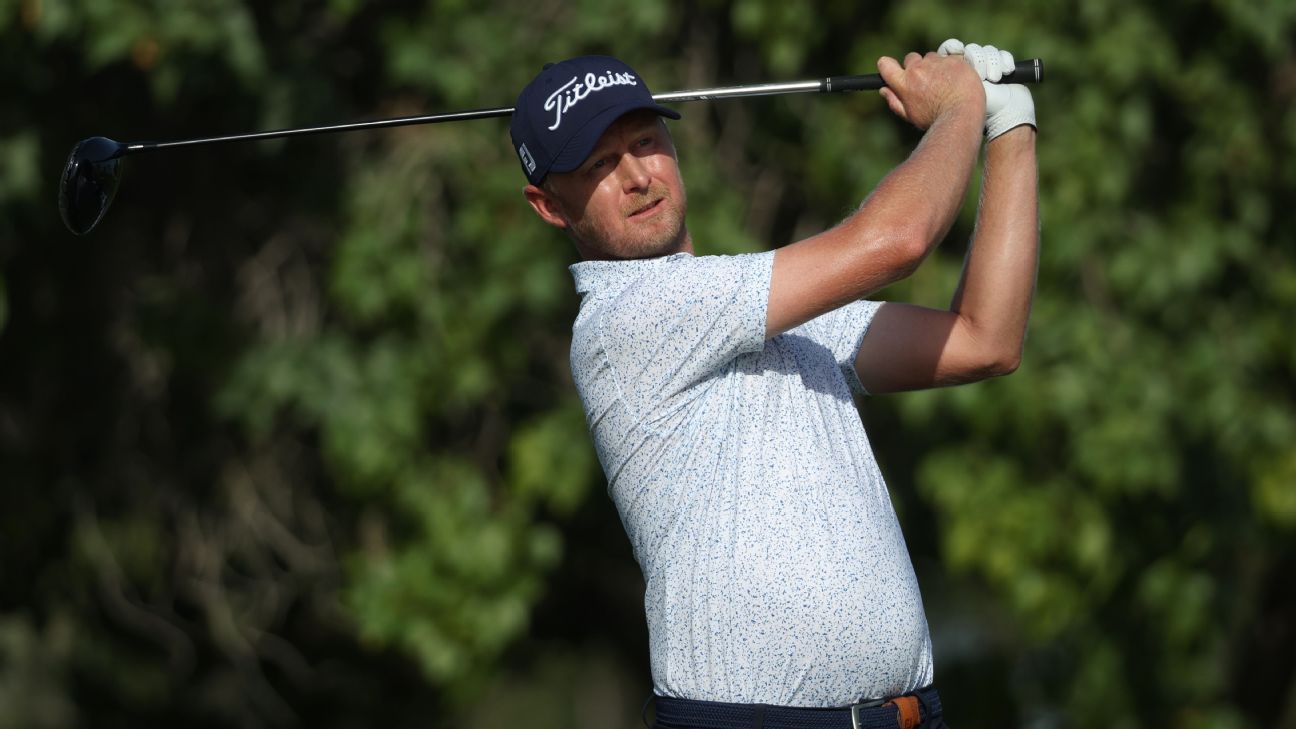 South Africa’s Justin Harding took a two-shot lead at the halfway stage of the Dubai Desert Classic after carding a 4-under-par 68 on Friday.

Harding had to return to complete his opening round on day two after play was stopped on Thursday due to the fading light at the Emirates Golf Club.

The 35-year-old made a spectacular eagle on the sixth hole and hit four birdies to finish the second round at 11-under for the tournament, two shots clear of England’s Tyrrell Hatton.

“I rolled the ball pretty good and for the most part, kept bogeys off the card,” Harding, who has won two titles on the European Tour said.

“Hit the fairway on the longer, tougher par-fours. Ultimately just grinding. It was a grind of a day today, to be fair, just a bonus there on six.”

South Africa’s Erik van Rooyen and Paraguay’s Fabrizio Zanotti were at 8-under, one ahead of a group of five players which included four-time major winner Rory McIlroy and overnight leader Joachim Hansen.

McIlroy said he was feeling confident about his game after an error-free 66 in the second round put him in the mix heading into the weekend.

“I certainly hit the ball as good as I’ve done in a long time and it could have been a few better but 66 this afternoon is a good score and sets me up for a nice weekend,” he said.

Defending champion Paul Casey was in an all-English group of five players at six-under.

World No. 2 Collin Morikawa was at three-under after carding a one-over 73. The American was tied 25th with five other players including Spain’s Sergio Garcia, who won the tournament in 2017.