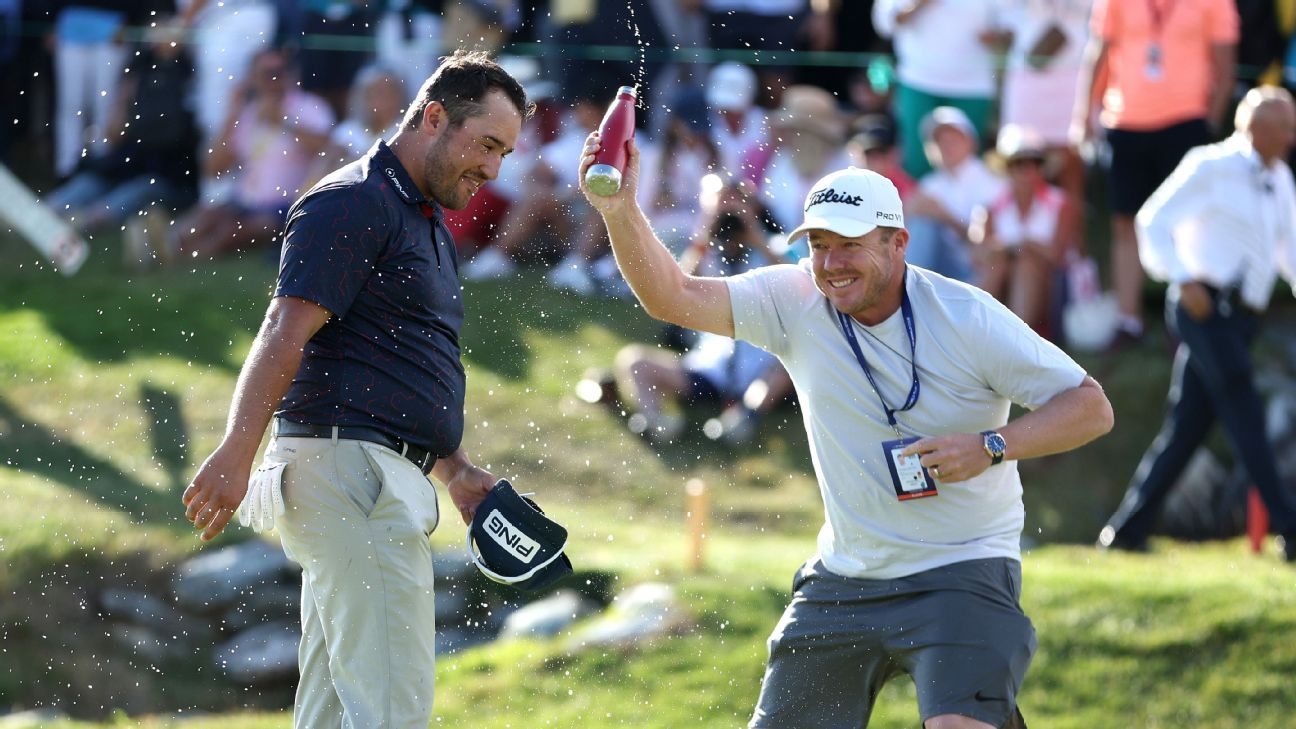 Thriston Lawrence won the European Masters in Switzerland following a play-off with England’s Matt Wallace on Sunday, claiming his second win on tour this season.

The South African finished the tournament tied at 18 under with Wallace before taking victory in a play-off.

“It’s a privilege to be able to take this victory,” Lawrence said.

“There’s so much history around this event, all the past champions, so I can’t wait to get my hands on that trophy.

“It’s a tricky golf course, you can lose a few shots, especially around the 14th, 15th, par fives — you can make a silly mistake and another guy can make birdies.

“But I’m just happy with my patience this week and I’m just so pleased to be able to win this week.”

England’s Richard Mansell finished alone in third place at 16 under after a three under round of 67.