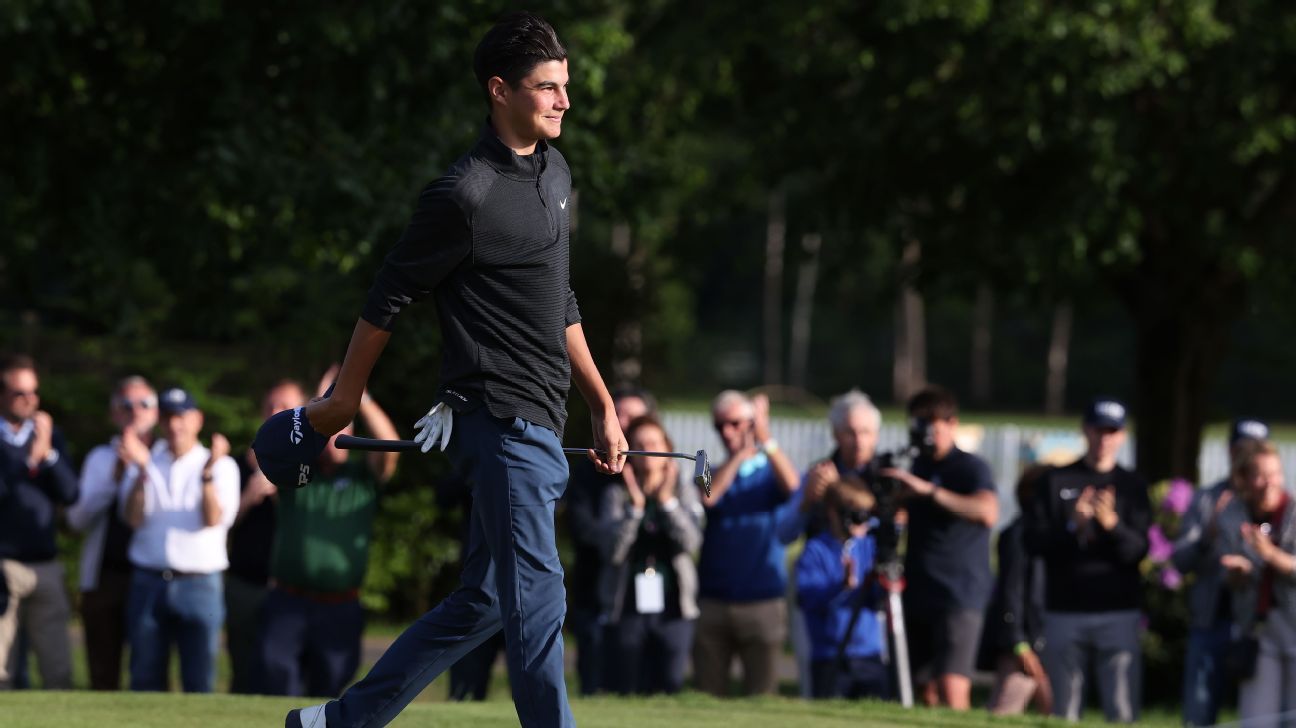 Ukrainian amateur Lev Grinberg became the second youngest player to make a cut on the European tour at the Soudal Open on Friday.

At 14 years, 6 months, Grinberg added a second-round 2-under 69 to his opening 70 in his tour debut on his home course, Rinkven International.

He cleared the cut line at 3 under by two strokes.

“Top 10, that is my goal this weekend,” Grinberg said.

The youngest on tour to make the cut was Guan Tianlang in the 2013 Masters at 14 years, five months.

German golfer Matti Schmid produced the lowest round of the day to share the halfway lead with English duo Dale Whitnell and Sam Horsfield.

Schmid, playing Rinkven for the first time, made eight birdies before dropping his only shot on his closing hole, the ninth. His 7-under 64 lifted him to 8 under overall.

Horsfeld and Whitnell held on to the lead from overnight with matching 69s. Horsfeld prevailed despite three bogeys and Whitnell finished his second round with a birdie at the ninth.

Mickelson opts to withdraw from next week's PGA