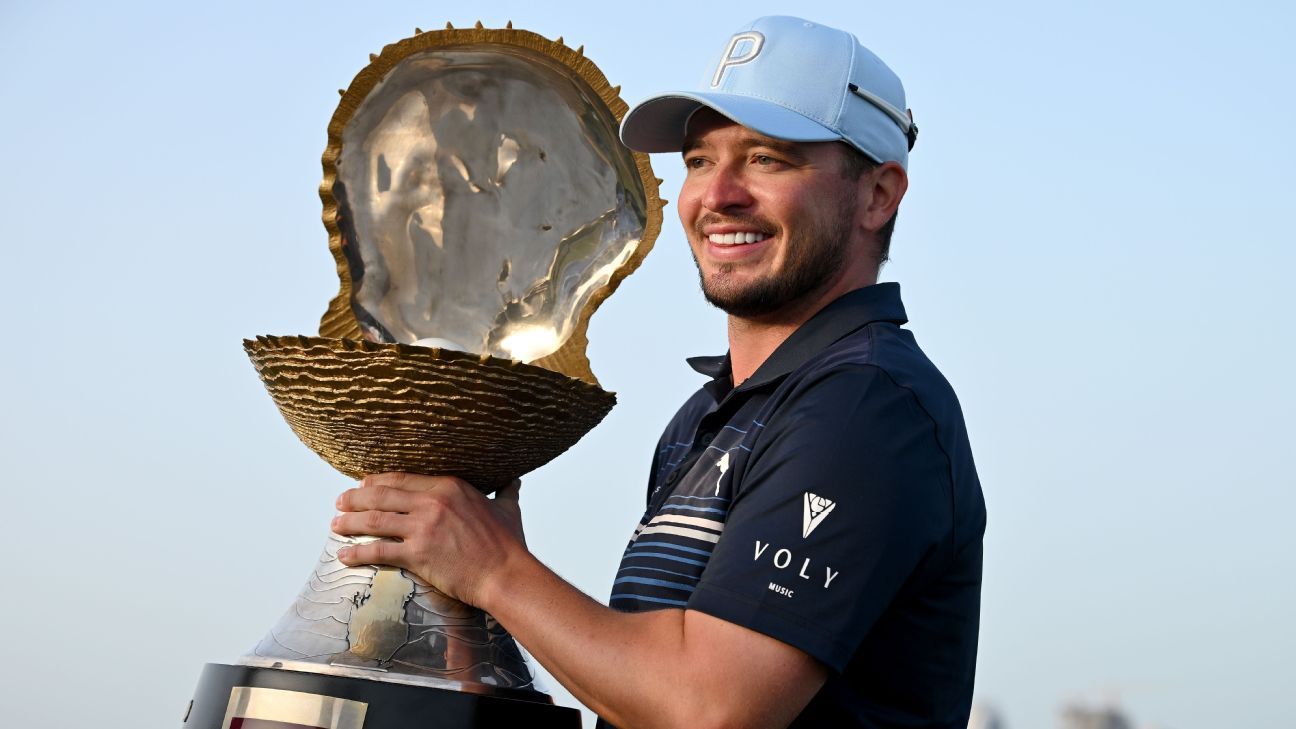 Scotland’s Ewen Ferguson shot a composed final-round 70 in windy conditions to finish at seven-under overall and claim his maiden European Tour title at the Qatar Masters on Sunday.

Ferguson recovered from an early double bogey, chipping in for an eagle at the par-four 16th and sinking birdies on the sixth and 18th holes at the Doha Golf Club to leapfrog overnight leaders Adrian Meronk and Matthew Jordan who dropped out of contention on the back nine.

American Chase Hanna sank three birdies, which were offset by two bogeys, as he ended with a one-under 71 to finish second, one shot behind the winner.

“I just can’t believe it at all. Years and years of hard work,” Ferguson said. “I got here earlier today because [coach Jamie Gough] said ‘your chipping’s not good enough.’

“Worked on it, worked on it and chipped in today and played a decent chip on the last.”