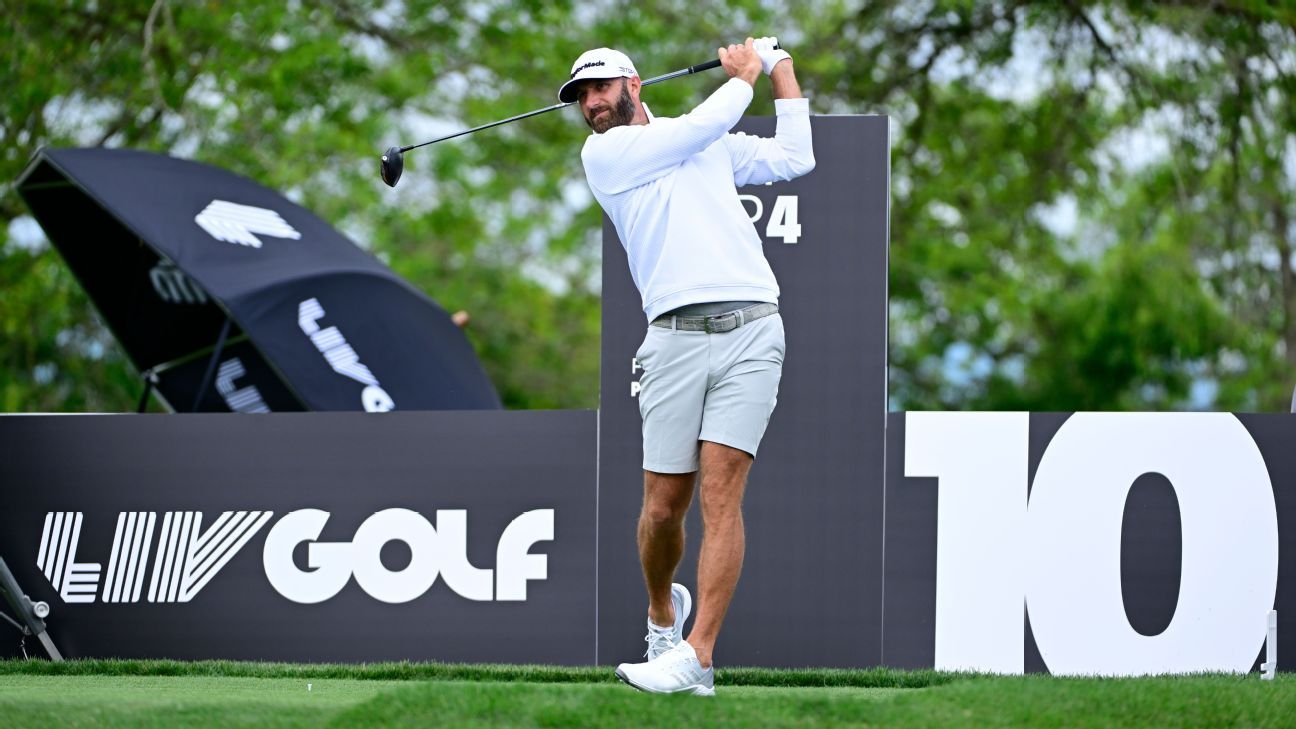 NORTH PLAINS, Ore. — LIV Golf’s first U.S. event is set to begin Thursday, with a group of survivors and families who lost loved ones in the Sept. 11 terror attacks planning to gather at a nearby park to speak out against the Saudi Arabia-funded tour.

Brett Eagleson was 15 years old when he lost his father in the collapse of the World Trade Center. Nearly 3,000 people were killed on that day in 2001.

“We want the golfers to know who they’re getting in bed with, who they’re doing business with,” Eagleson said. “Any golfer that chooses to go play for the LIV tournament should have to listen to the family members and look us in the eye, and explain to us why they’re taking the Saudi money and why they’re playing in this tournament. And we want the ability to educate the golfers on what we know about the Saudi role on 9/11.”

Eagleson, now 36, is among those criticizing the LIV tournament and it’s connection to a regime that has flouted human rights. All but four of the 19 hijackers on Sept. 11 were Saudi citizens, and the Saudi kingdom was the birthplace of Osama bin Laden, the head of al-Qaeda and mastermind of the attack.

Eagleson is especially disheartened over Phil Mickelson, one of this childhood heroes, and his decision to join LIV Golf. The tour, run by Greg Norman and funded by Saudi Arabia’s sovereign wealth fund, has offered signing bonuses — some reportedly topping $100 million — that some players have found irresistible.

In addition to Mickelson, fellow majors winners Dustin Johnson, Brooks Koepka and Bryson DeChambeau have also joined LIV Golf. Mickelson did not speak to reporters before the Oregon tournament.

As much as the upstart tour no doubt wants to escape criticism, it can’t avoid it. At the pre-tournament news conferences, golfers were asked about the Saudi connection and gave similar, pat answers to questions about the topic, repeating variations of the message that golf can be a “force for good.”

But well before LIV Golf arrived in tiny North Plains, the city’s mayor and those from surrounding cities wrote the Texas-based owner of the club to protest the event, saying it didn’t align with the community’s values. U.S. Sen. Ron Wyden called the event “sportswashing” to distract from human rights abuses.

The Portland stop is the second of eight LIV Golf events this year. The families of the Sept. 11 victims and the survivors also spoke out against the inaugural event outside London earlier this month.

Koepka, who recently joined LIV Golf after initially denouncing it, downplayed the concerns about the Saudi funding.

“They’re allowed to have their opinions. You know, we’ve heard it. I think everybody has. It’s been brought up,” said Koepka, a former world No. 1 and four-time majors champion. “But look, like we said, our only job is to go play golf, and that’s what we’re trying to do. We’re trying to grow the game.”

Part of LIV Golf’s allure is the money. In addition to signing bonuses, the 48-man field will compete for a $20 million purse, with an additional $5 million prize fund for a team competition. Charl Schwartzel won the London event (and team portion) and made $4.75 million.

LIV tournaments are played over 54 holes with no cut, and even the last-place finisher gets $120,000. Organizers promise exciting events they say will attract new fans.

The PGA Tour has responded to LIV Golf’s challenge by suspending every active member who competed in the first LIV event. Those who play in Oregon will also be suspended unless they resign their tour memberships.

Former Masters champion Fred Couples is leading a U.S. team of athletes competing in an exhibition at Liberty National in New Jersey starting Thursday. Couples, a Hall of Famer, has been outspoken against LIV Golf and said he hopes his event would draw more spectators.

“I find it so weird that the only way they could get these guys to leave the tour is to throw them money. There’s no other reason. All the other stuff is B.S.,” Couples said. “It’s not bettering the game. They’re playing eight to 10 tournaments here. How is that bettering the game?”

How to watch the PGA Tour's John Deere Classic on ESPN+