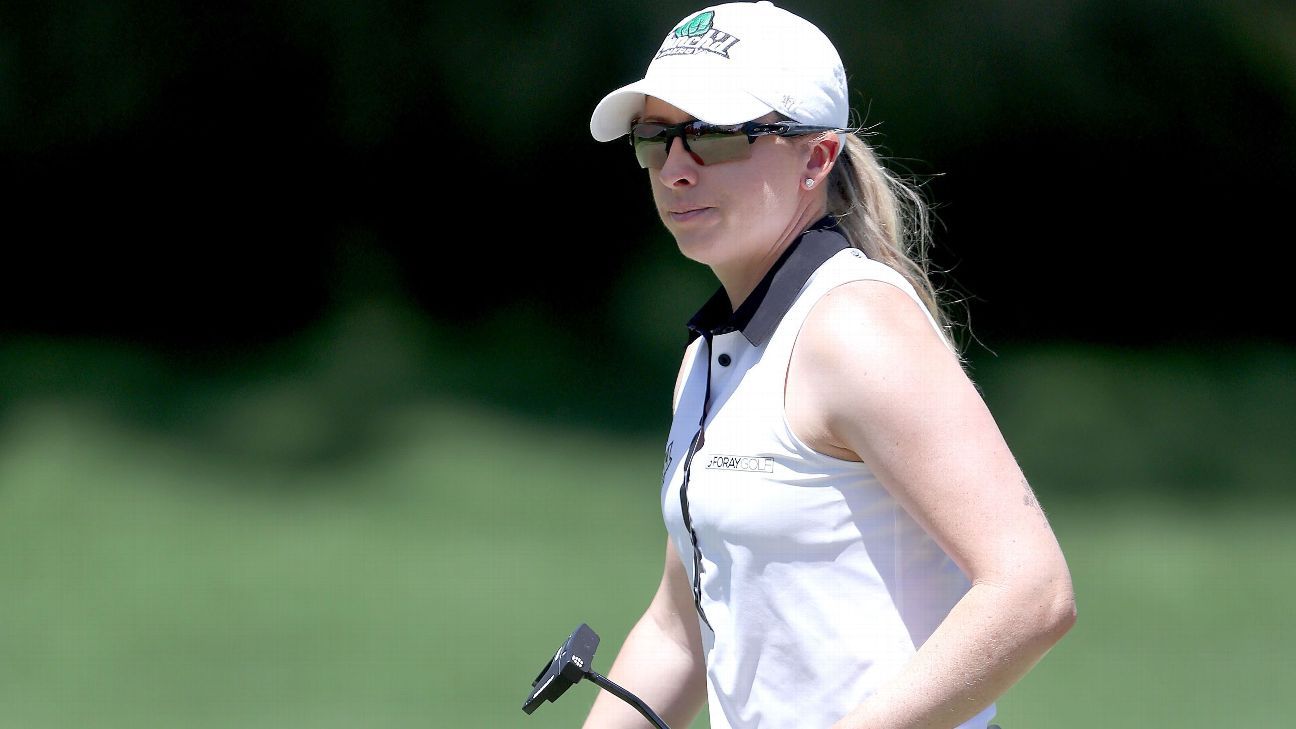 LAS VEGAS — Jodi Ewart Shadoff routed defending champion Ally Ewing 6 and 5 on Wednesday at Shadow Creek in the first round of group play in the Bank of Hope LPGA Match-Play.

After Ewing opened with a birdie win and halved the second with a par, Shadoff won seven of the next nine holes and closed out the match with a par for a halve on 13.

“I really love match play,” Shadoff said. “Anything can happen. I’ve been playing really solid recently, just been kind of working very hard on my putting with my coach. It seems to be paying off.”

The Englishwoman is playing Shadow Creek for the first time.

“It’s amazing,” Shadoff said. “Golf course is in incredible condition. You know, it’s one of the best courses I think I played in the U.S. It’s such a great course and a really good challenge, and I think it’s really perfect course for a match-play event.”

In the other Group 15 match, Jasmine Suwannapura beat So Yeon Ryu 5 and 3. The winners of the 16 four-player groups will advance to single elimination at the conclusion of round-robin play Friday.

On Thursday, Shadoff will face Ryu, and Ewing will play Suwannapura.

Minjee Lee, at No. 4 in the world the top player in the field, topped Youngin Chun 6 and 5. Lee is coming off a victory May 15 in the Founders Cup in New Jersey.

“It was really fun today,” Lee said. “I made a bunch of birdies and I was able to keep the momentum going to 10, 11, and then played a few more and finished on 13. It was nice to get done early today. It’s getting really hot.”

Wie West says she plans to step away from golf