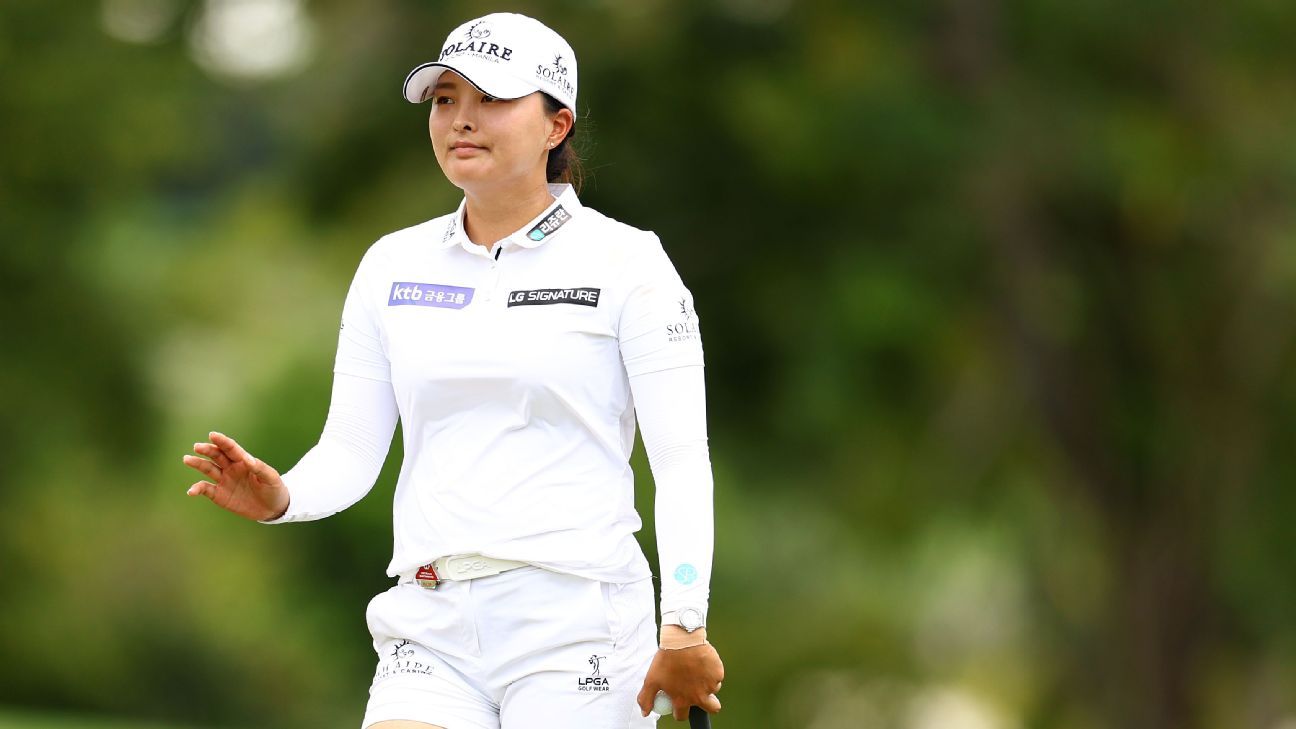 South Koreans Amy Yang and Ko Jin-young were tied for the lead at the halfway stage of the HSBC Women’s World Championship on Friday after carding five-under 67s in the second round, while overnight leader Patty Tavatanakit endured a difficult day.

Yang, who was tied for fifth place after the opening day at the Sentosa Golf Club, got off to a disappointing start with a bogey on the third hole but she responded with four birdies in the next six.

Yang added three more gains after the turn and climbed to the top of the leaderboard despite a blip on the 15th.

Top-ranked Ko shot five birdies in another flawless round to grab a share of the lead and will be hoping to lift the title at the tournament sometimes dubbed “Asia’s major.”

Ko has had a superb season and the 26-year-old has recorded nine top-10 finishes in her last 10 starts, including five wins.

The trio of American Megan Khang, Thai Atthaya Thitikul and Canadian Brooke Henderson were tied for third place at seven-under for the tournament.

Overnight leader Patty was down in joint-21st place after the 2021 ANA Inspiration winner had a disappointing round that included five bogeys.