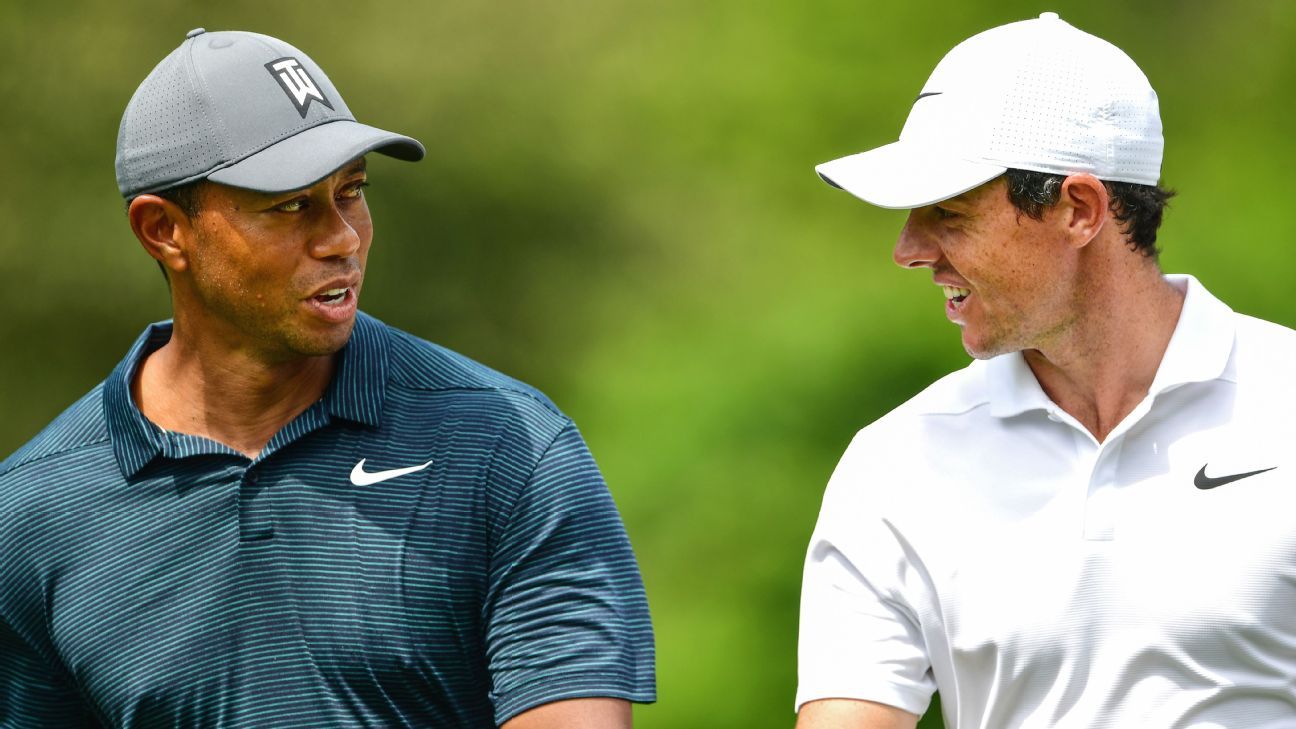 At the Tour Championship in August, Woods and McIlroy announced the formation of their company, TMRW Sports. The new league, TGL, will have players competing on six three-man teams in 15 regular-season matches and a playoff starting in January 2024.

The league will feature two-hour, 18-hole matches on a virtual course. The matches will take place in prime time on Monday nights in a custom-made venue in a yet-to-be-determined location.

“Over the past year we’ve assembled a team of investors who will help deliver on the TMRW Sports’ mission to positively impact how sports are experienced in the future,” TMRW Sports founder and CEO Mike McCarley said in a statement. “And we’ve been intentional about diversity of expertise, thought and backgrounds as we mobilized this strategic group.

“From the very beginning our plan has been to partner with the best-in-class in every way imaginable and Tiger, Rory, and I value the support of this unrivaled team of investors, advisors, and ambassadors who believe in our vision to harness technology to create progressive approaches to sports.”

Renderings released in August by TGL indicate that the venues will feature a simulator that players will hit longer shots into, along with an authentic green area for chipping and putting.

The matches will probably be played between January and April, and each of the six teams will compete five times during the 15-week schedule.

McIlroy said Woods, 46, planned to compete in the matches. Woods played in only three tournaments last season while recovering from serious injuries he suffered in a car wreck outside Los Angeles in February 2021.

“Who knows where we’re going to see Tiger Woods play golf next, right?” McIlroy said. “We don’t know what his schedule is going to be. We don’t know how his body is going to be. But to be able to see him still showcase his skills on prime time, on TV without really any wear and tear on his body, I think to be able to see Tiger hit golf shots and still sort of provide people with a glimpse of his genius — I think it is a really good use of his time.”