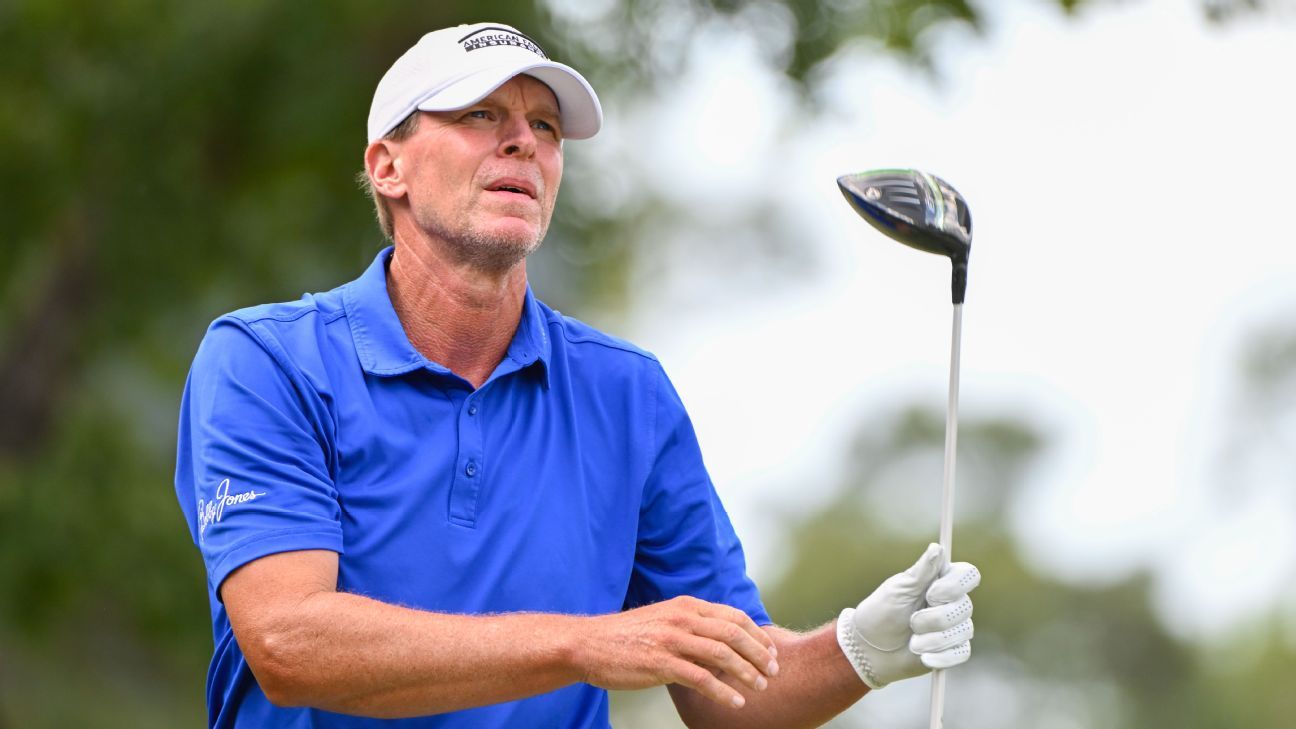 THE WOODLANDS, Texas — Steve Stricker played his first round in 201 days and it seemed as though he was healthy as ever, opening with a 5-under 67 on Friday to share the lead in the Insperity Invitational on the PGA Tour Champions.

Stricker dropped only one shot on a windy day at The Woodlands and was tied with Steven Alker and Ernie Els, who drove into a hazard and took bogey on the final hole.

Stricker, captain of the winning U.S. Ryder Cup team at Whistling Straits last year, went through a health scare six months ago that left him hospitalized for nearly two weeks and caused him to lose 25 pounds.

It was his first time playing since he tied for seventh on Oct. 10 at the Furyk & Friends Invitational in Florida.

“It was a little up and down, not going to kid you,” Stricker said. “It was good some shots, some wayward shots that I got away with. I just don’t have my legs yet, I think is what I’m really feeling, but I managed to get it around there.”

Stricker opened with back-to-back birdies, three-putted for bogey on the par-3 third hole, and that was the last bogey he made. He birdied the 17th hole to get a share of the lead.

Alker also dropped only one shot. Els birdied all four of the par-5s.

Eight players were at 68, including Charles Schwab Cup leader Miguel Angel Jimenez. Fred Couples was part of the group at 69.

“The wind’s been a factor today, so that’s why the scores aren’t low-low,” Els said. “I think 67 was a really good score. Obviously, it’s leading, but it’s tough to go really low because there’s a lot of wind.”

Stricker was most concerned with his endurance after being out for so long and still 10 pounds lighter than before he got sick. He practiced hard for three days leading into the tournament, and he thinks that only added to the fatigue he was feeling when he finished.

There was also the matter of not competing for the longest stretch of his career.

“I didn’t commit to very many shots. That was the hardest part,” he said. “I didn’t feel very comfortable over it, didn’t really commit at times. And when you don’t commit, typically you hit some bad shots. And I did, but I got away with them and live to fight another day kind of thing.

“It was good get out there, finally, though.”

Stricker said he got emotional only at the start of the round, mostly from seeing so many friends after such a long time away and feeling their support.

“You get all this outpouring of support from people. And then John Cook (with Golf Channel) asks you a question right after your first tee ball to go on air and it kind of hits home kind of what I went through for a period of six months,” Stricker said. “But again, I’m glad I’m out here and feeling better.”

Canter shoots 67 to take the lead at Catalunya Championship