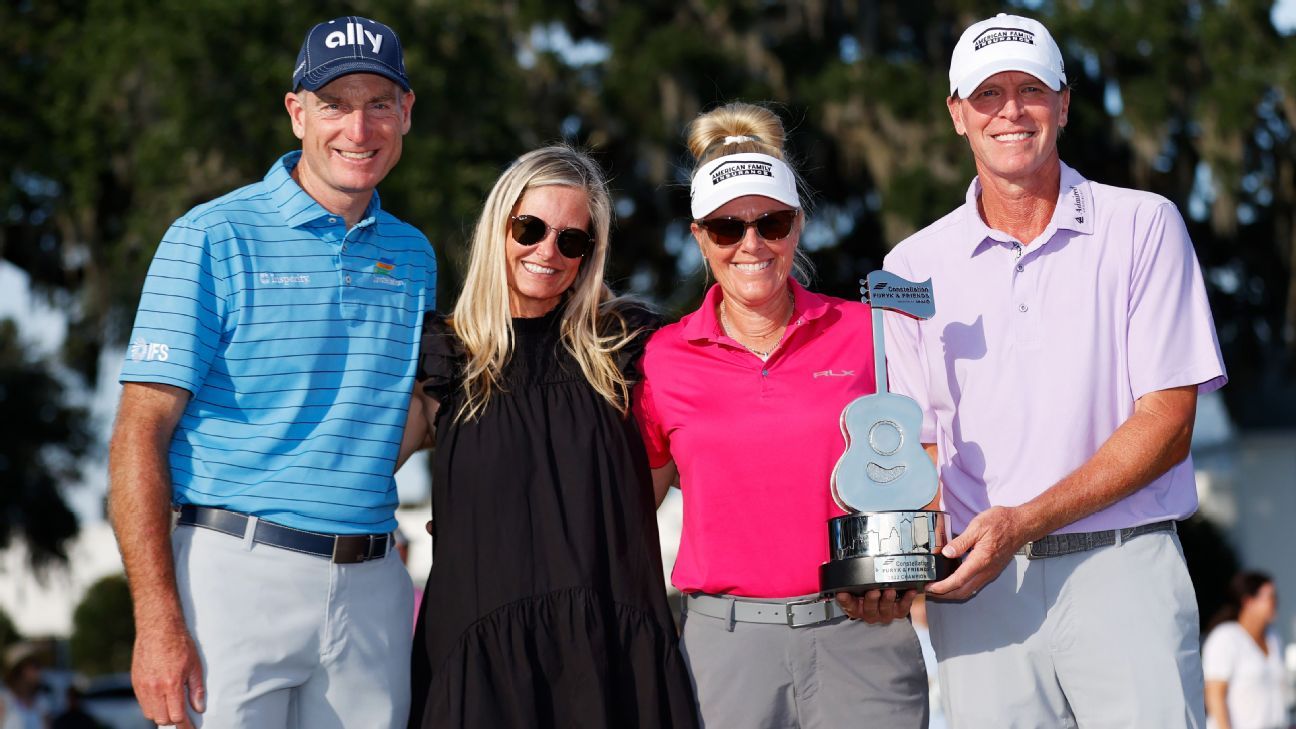 JACKSONVILLE, Fla. — Steve Stricker followed his plan to perfection Sunday until the final hole, and by then it didn’t matter. He closed with a 3-under 69 for a two-shot victory in the Constellation Furyk & Friends, his fourth PGA Tour Champions title this year.

Staked to a three-shot lead, Stricker played it conservatively at Timuquana Country Club, a Donald Ross design with crowned greens and trouble on all sides.

The objective was to score on the par 5s, and he birdied them all. He also wanted to keep bogeys off his card, and he nearly made it. Leading by three shots, he chunked an 8-iron short of the green, pitched just over the back and made his only bogey of the weekend.

He finished at 14-under 202 in winning for the third time in his last four spots. Harrison Frazar closed with a 65 to finish alone in second, which gets him into the PGA Tour Champions event next week in North Carolina.

Stricker knew winning was entirely up to him if he followed his plan.

“I felt like if I could go around here and not make a bogey today and take care of the par 5s – birdie two or three of them – shoot 3-under par or 4-under par, it was going to take a really special round” to beat him, he said.

Jim Furyk, the tournament host, ran off four straight birdies on the back nine and rallied for a 69 to finish third, his best finish of the year.

Stricker won $300,000 and is a solid No. 3 in the Charles Schwab Cup behind leader Steven Alker, who did not play this week, and Padraig Harrington. Only one tournament remains before the PGA Tour Champions postseason, but it will be longer before Stricker shows up again.

This is the time of the year where he would prefer to be up in a tree stand with a bow during deer season. He set a goal of winning at least twice in his final three events to move up in the standings. The job in hand, he said he would contemplate playing in the Charles Schwab Cup Championship in November.

For now, it puts an amazing wrap on a year that began with Stricker having a health scare that hospitalized him for 11 days in November. His white blood cell spiked, his liver count plunged and inflammation around the heart caused it to pump out of rhythm.

He returned the final week in April, and some six months later, he leads the PGA Tour Champions with four victories this year.

“I didn’t know what to expect coming out this season at all, so it’s been a lot of fun,” Stricker said. “It gave me a different perspective last fall. I’ve said that on a number of occasions and it’s true. I’m blessed to be out here to play and to do the thing I love to do.”