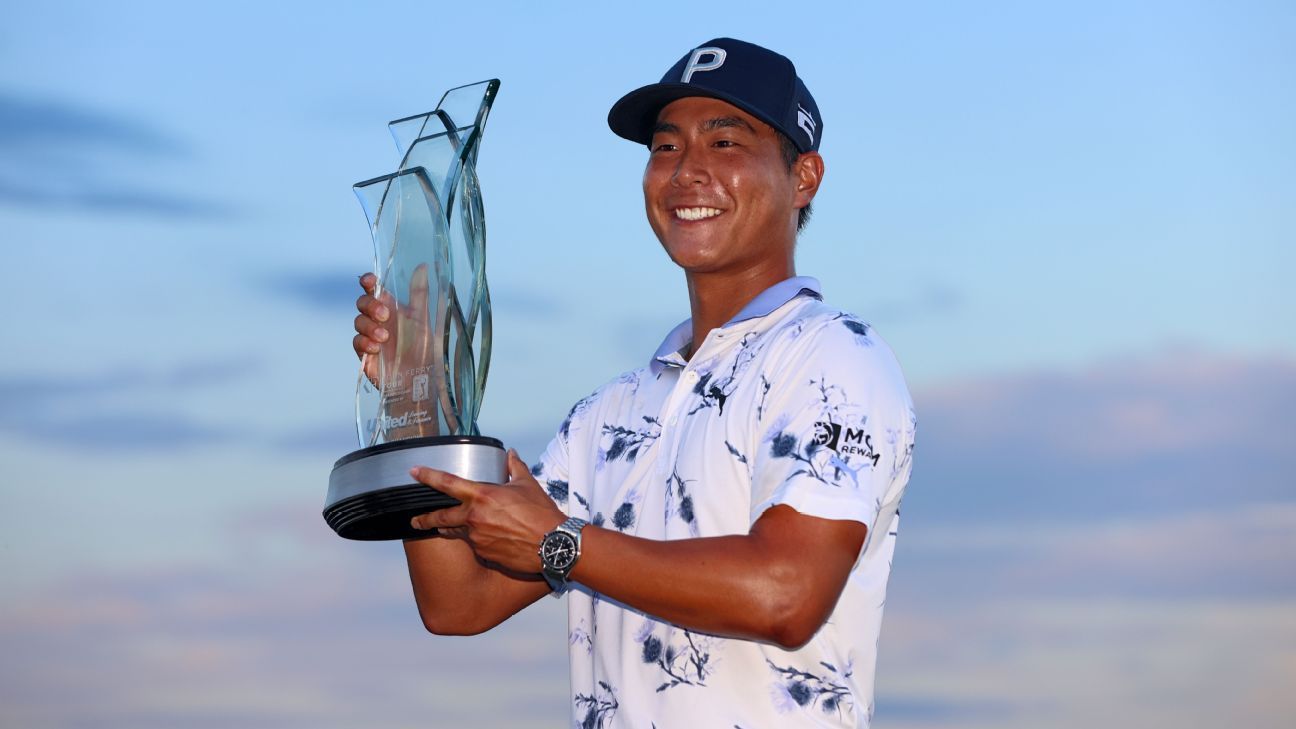 NEWBURGH, Ind. — Justin Suh already had his PGA Tour card locked up and finished the season by closing with a 4-under 68 on Sunday for a two-shot victory in the Korn Ferry Tour Championship that came with a few extra perks.

Suh finished atop the standings in points from the regular season and the three-event Korn Ferry Tour Finals, meaning the former University of Southern California star is fully exempt on the PGA Tour next year and earned a spot in the U.S. Open and The Players Championship.

But this was as much about players just trying to earn a PGA Tour card.

Austin Eckroat, who starred at Oklahoma State, needed a big finish to have any chance of getting one of the 25 cards available from the Korn Ferry Tour Finals. He delivered in a big way with a 68 to finish second behind Suh.

Others who made big moves in the final event to secure a PGA Tour card included Eric Cole, whose parents both played on tour (Bobby Cole on the PGA Tour, Laura Baugh on the LPGA Tour); Nicholas Echavarria of Colombia; and Toya Gano of Argentina.

Kyle Westmoreland, who spent five years in the Air Force, got the 25th spot narrowly over Joey Garber, who birdied his last four holes after a double bogey on No. 14.

The PGA Tour season starts Sept. 15 with the Fortinet Championship in Napa, California, and Suh will be going on a high.

“It felt great to prove to myself I could win,” Suh said.

He was touted as a strong post-college class in 2019 that included Collin Morikawa, Viktor Hovland and Matthew Wolff, all of whom won quickly. Suh struggled, didn’t get his card and spent the last few years honing his game on the Korn Ferry Tour.

The U.S. Open exemption is new this year. Equally valuable is not having to be subject to various reshuffles on the points list that puts a premium on playing well quickly.

Among the returning players to the PGA Tour is 46-year-old Ryan Armour, who came into the week at No. 30 and had a 67-65 weekend to tie for fifth.

Eckroat, Cole, Echavarria and Goya are among 12 players who made it through the Korn Ferry Tour Finals who will be rookies on the PGA Tour next season.

The 50 players who earned cards from the Finals or regular season will get $500,000 from the PGA Tour at the start of the season as part of the new “Earnings Assurance Program.” That will count against their earnings until they surpass that amount, a program designed to make sure no one loses money.