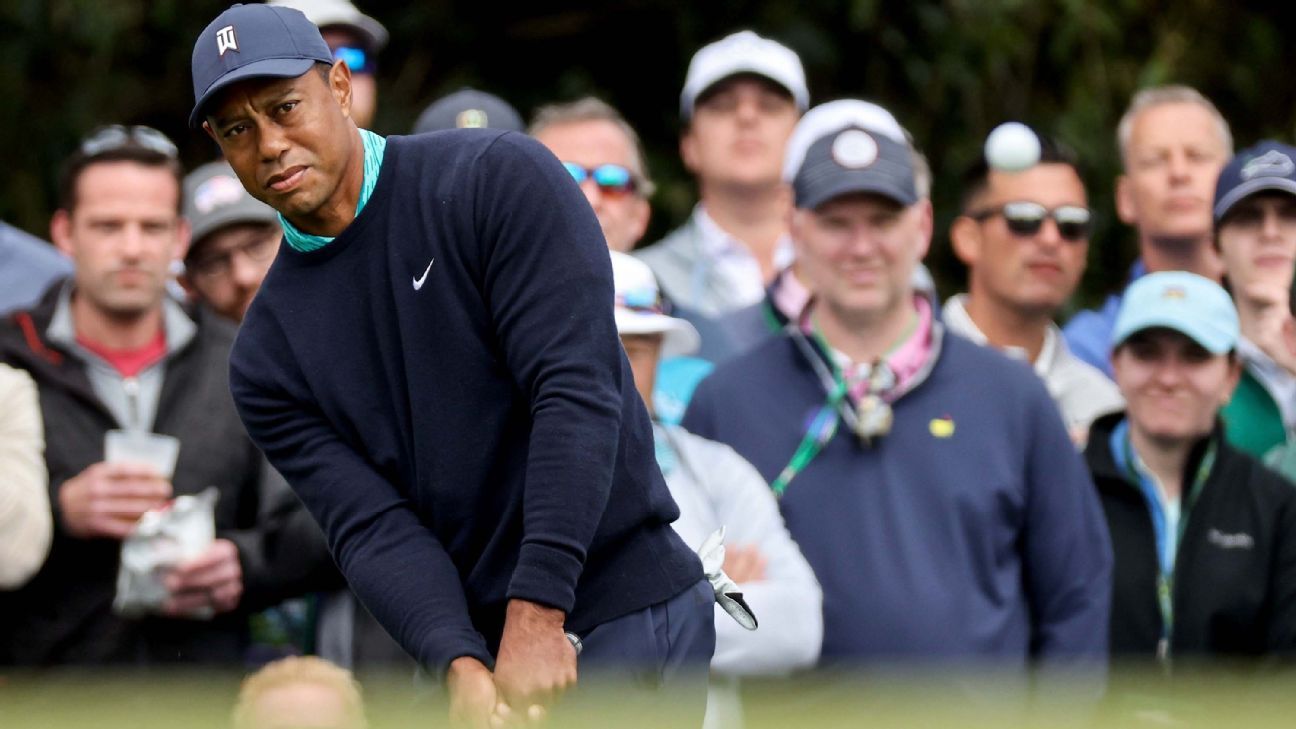 AUGUSTA, Ga. — Five-time Masters champion Tiger Woods will be around for the weekend in his return to Augusta National Golf Club.

Woods, who is playing in his first tournament since he was seriously injured in a car wreck in February 2021, fought his way through early struggles and windy conditions to card a 2-over 74 in the second round on Friday. He is 1 over and tied for 19th after 36 holes.

“It was windy. It was swirling,” said Woods, who is 9 shots behind leader Scottie Scheffler after two rounds. “Balls were oscillating on the greens. We got a couple of bad gusts. I hit a couple of bad shots. I hit a decent shot at 4 that ended up and down in a divot. It was just like there were so many things that were not going my way. It was partly the conditions and partly me.”

After a difficult start, in which Woods bogeyed four of his first five holes, he told his caddie, Joe LaCava, “Hey, we got a lot of holes to play. It’s going to be tough all day, so let’s get it back to even par for the day somehow.”

“I thought that would have been a pretty good comeback,” Woods said. “I didn’t quite get there.”

It was another wild ride for the 15-time major champion. Woods had six bogeys — the first time he had that many at the Masters since the second round in 2007 — and four birdies. He has made the cut in each of his past 22 starts at the Masters, the third-longest streak by any player in the tournament’s history.

After struggling to hit fairways in the first round, Woods hit 10 of 14 on Friday. He hit 9 of 18 greens in regulation, but didn’t scramble or putt as well as he did on Thursday.

Conditions were difficult enough at times on Friday. After recording bogeys on Nos. 11 and 12, Woods dropped back to 3-over for the tournament and seemed to be in danger of missing the cut. But then he caught a big break on the par-5 13th hole. With 223 yards left to the hole after his tee shot, Woods fanned his second shot with a 5-wood to the right. His ball stopped just short of Rae’s Creek.

Once his ball stopped, Woods told LaCava, “Perfect layup.” They both laughed.

Woods was able to get up and down with a brilliant chip shot to 3 feet. The birdie moved him back to 2 over for the tournament, which was 2 shots better than the projected cut line of 4 over.

On the next hole, Woods hit a 305-yard drive down the middle of the fairway. His approach shot from 145 yards hit the green and spun back toward the hole. He made a 9-footer for his second straight birdie.

“Along the way I kept getting my feels and hitting shots,” Woods said. “I was able to practice and get my touch, practice on my short game, hit a lot of putts, which was great. Start seeing break again. I’ve been in Florida. I haven’t played the Tour in forever, so we don’t see break.”

Woods couldn’t have gotten off to a worse start Friday. After starting the round 3 shots behind leaders Sungjae Im and Danny Willett, Woods hit his first tee shot into a fairway bunker and bogeyed No. 1 for the 23rd time in his Masters career. He then bogeyed Nos. 3, 4 and 5. He missed a 7-foot par putt on the par-4 third hole and a 14-footer on the par-4 fifth. After going 7-for-9 in scrambling in the first round, Woods was just 1-for-5 in the first nine holes on Friday.

It was just the second time in Woods’ career that he started a round in a major championship with a score of 5 or worse on three consecutive holes, according to ESPN Stats & Information research. His score of 3-over was his worst through four holes in 92 rounds at Augusta National.

“I haven’t played a lot of tournaments of late, so it’s been a little bit rusty, but I’m starting to come around,” Woods said. “I felt good about how I fought back [on Friday]. I could have easily kicked myself out of the tournament today, but I kept myself in it.”