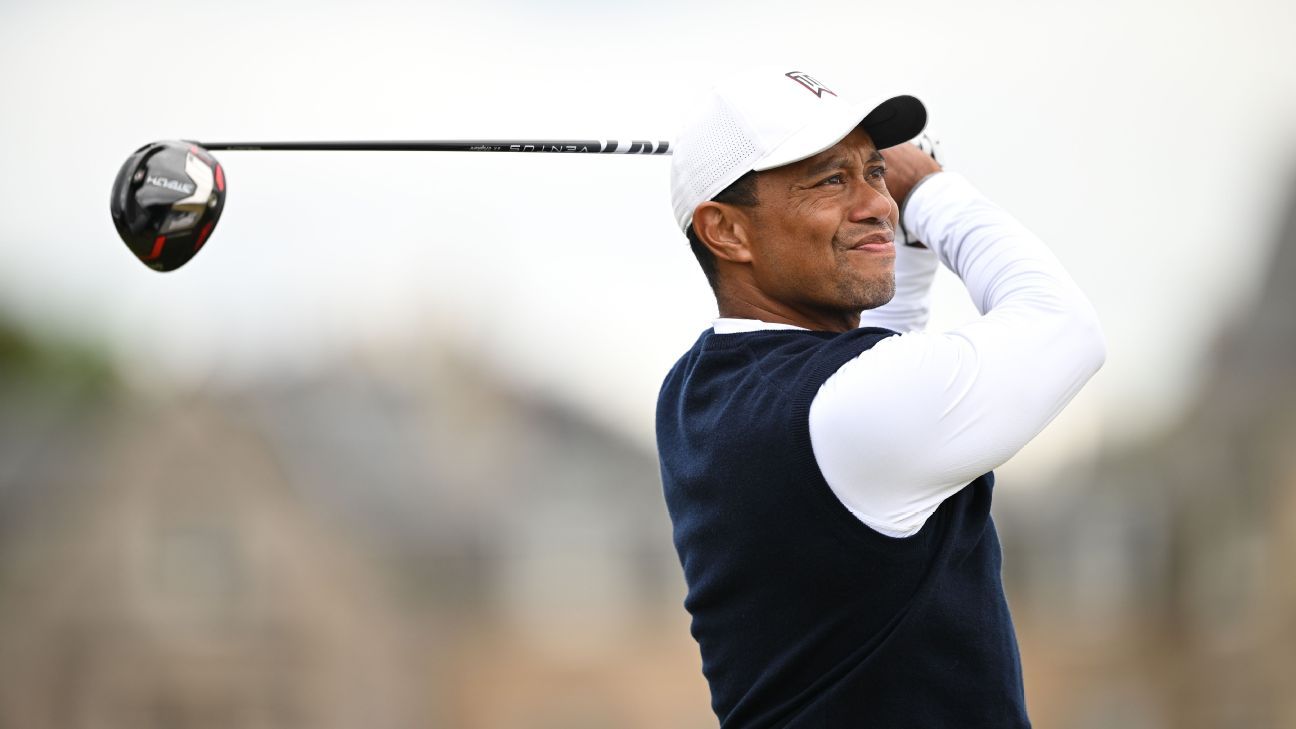 Tiger Woods will return to competitive golf for the first time in nearly five months when he tees it up in the Hero World Challenge in the Bahamas on Dec. 1-4, he announced on his Twitter account Wednesday.

Woods, 46, hasn’t played since missing the cut at the 150th Open Championship at St. Andrews on July 15. The 15-time major champion made just three starts this past season; he was 47th at the Masters in April and withdrew after 54 holes at the PGA Championship in May.

Woods announced Wednesday that Kevin Kisner and Tommy Fleetwood would round out the field.

Woods is still recovering from serious injuries he suffered in a car wreck outside Los Angeles in February 2021. He said doctors nearly amputated his right leg because of his injuries.

Woods announced Monday that he will be playing in The Match at Pelican Golf Club outside Tampa, Florida, on Dec. 10. He’ll team up with Rory McIlroy in a 12-hole match against Spieth and Thomas under the lights.

Woods is also expected to play with his son, Charlie, in the PNC Championship in Orlando, Florida, on Dec. 17-18. He hasn’t yet officially announced that he’ll play in that event.