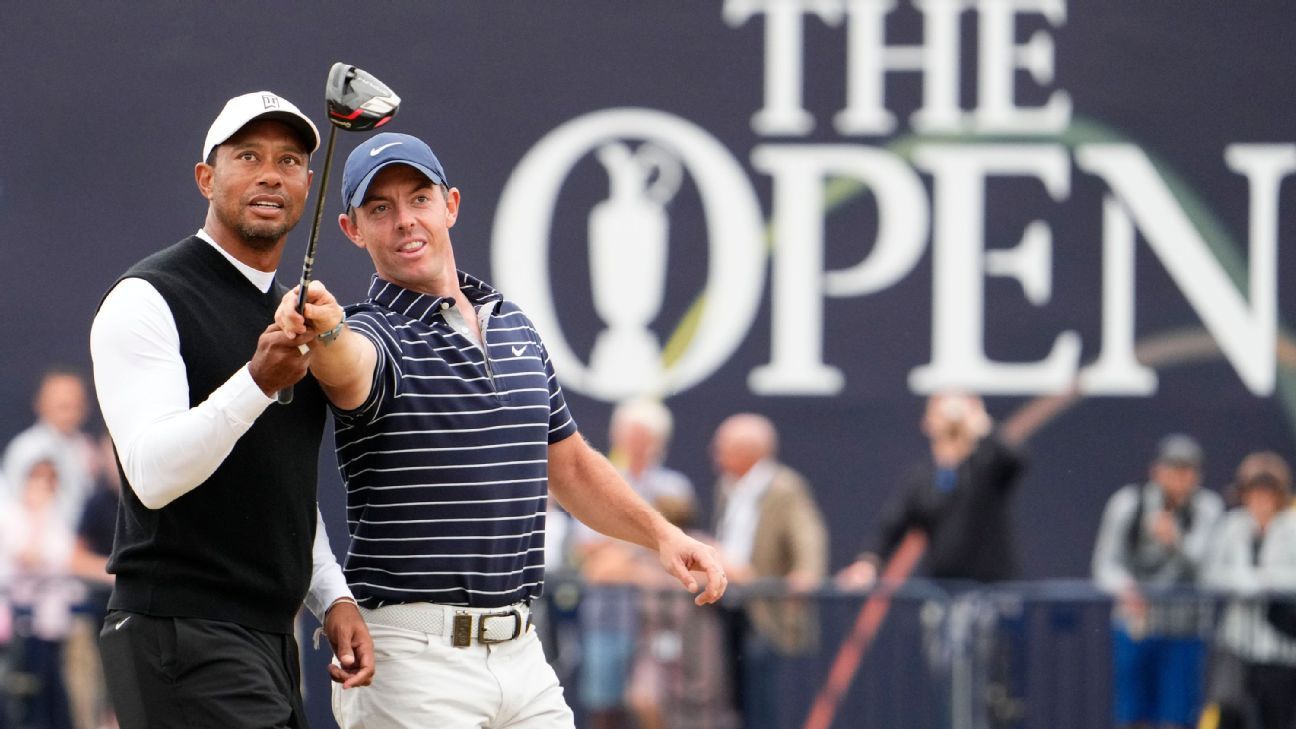 ST. ANDREWS, Scotland — Tiger Woods has been made an honorary member of St. Andrews on the eve of the 150th Open, with the R&A also recognizing former Open champions Rory McIlroy and Paul Lawrie on Wednesday.

“I am grateful for this invitation to become an honorary member of The Royal and Ancient Golf Club of St. Andrews,” Woods said in a statement. “It is not only the home of golf but a place in this world that I hold near my heart. I am humbled to accept this invitation alongside these outstanding players today, as well as those who came before us.”

Woods has won The Open on three occasions, including twice at St. Andrews. Having played on the Old Course as an amateur in 1995, he won his first Open there in 2000 and followed it up with another triumph in 2005 before winning at Royal Liverpool Golf Club in 2006.

On Tuesday, Woods explained why St. Andrews is so special to him.

“This is where it all began for me as an amateur,” Woods said. “My first chance to play in The Open Championship was here. I’ll never forget I played with Ernie Els and Peter Jacobsen the first two days. It was eye-opening how this golf course can play as easily as it can be played and also as difficult it can play just by the wind changing. Obviously when the tide changes as well.

“Just being here, I think this is my sixth Open Championship here, I think. Just to have that experience and have the ability to play here at the home of golf is always quite special. Then to have won it [here] twice makes it that much more special.”

Ahead of Thursday’s first round, Woods, 46, has already been involved with the events this week surrounding the 150th playing of The Open. He played in the Celebration of Champions on Monday and attended the Open Champions’ Dinner on Tuesday. He walked 58 holes from his arrival in St. Andrews on Saturday through Tuesday.

“I warmly congratulate Tiger, Rory and Paul on becoming honorary members of The Royal and Ancient Golf Club,” St. Andrews captain Peter Foster said in a statement. “They have each made huge contributions to golf and played their part in inspiring millions to take up and follow the sport around the world.

“They are not only great champions but fantastic ambassadors for golf and have brought so much joy to so many young fans in particular. This is entirely fitting recognition for three such distinguished sporting figures, and I have no doubt they will continue to give exemplary service to the sport through their new roles in the club.”

McIlroy said he was “thrilled” to become an honorary member.

“It’s a privilege to represent a club that has done so much for golf over so many years and I’m proud to play my part in promoting golf around the world,” McIlroy said in a statement.