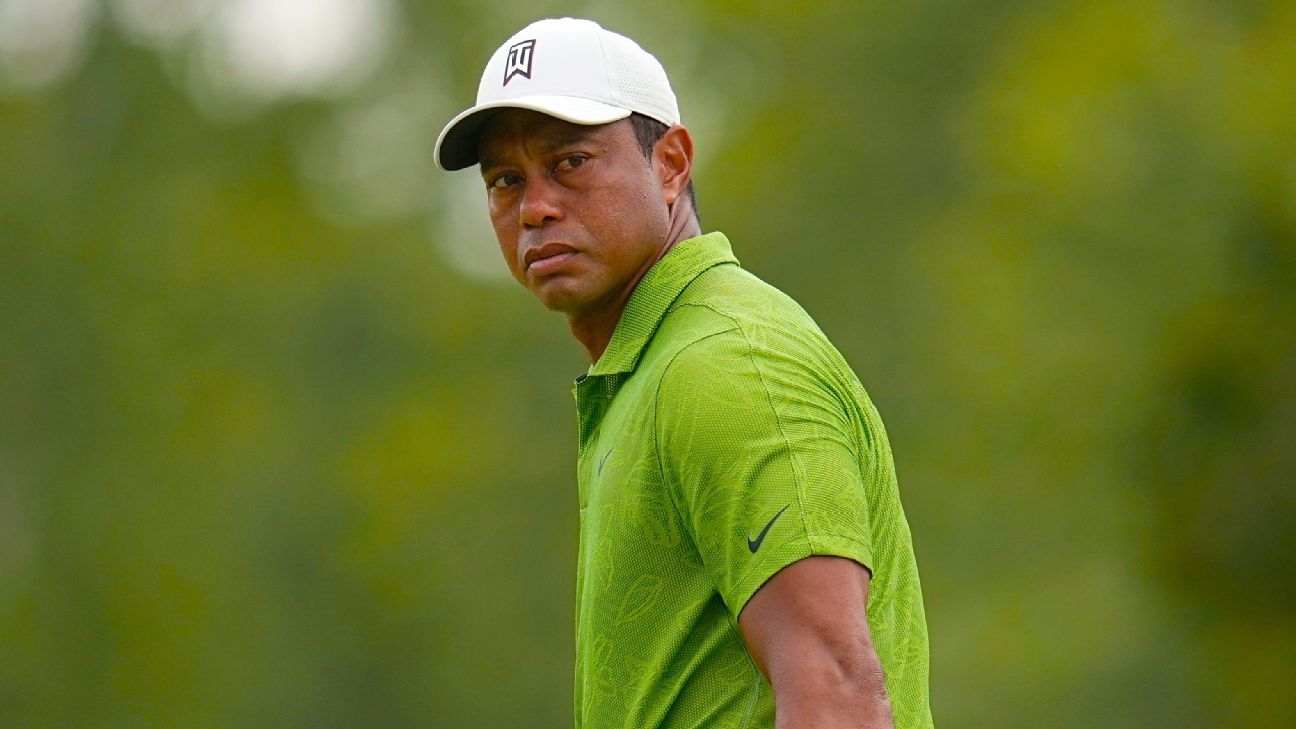 Tiger Woods snuck into the weekend at the PGA Championship with a gritty end to his second round. Despite the accomplishment of making the cut just 14 months after a single-car crash that nearly cost him his leg, Woods isn’t just happy to be here. He wants to be a factor.

“This weekend I am going to have to go low,” he said.

Watch Woods’ third round | Get ESPN+ here | Download the app

We’ll see, as we track his entire third round at Southern Hills.

Oh, by the way, the weather has changed. The wind has shifted and the temperature has dropped.

Can you name this masked man?

He opened his day with a perfect drive. It went downhill from there. From an awkward lie, Woods missed the green short. Then he hit a bad, bad first putt from off the green, leaving it 15 feet short. But, like he did over the back nine on Friday to make the cut, Woods grinded out a par.

Total for the day: Even

Where he stands for the tournament: 3 over

Tiger to assess playing after worst round at PGA