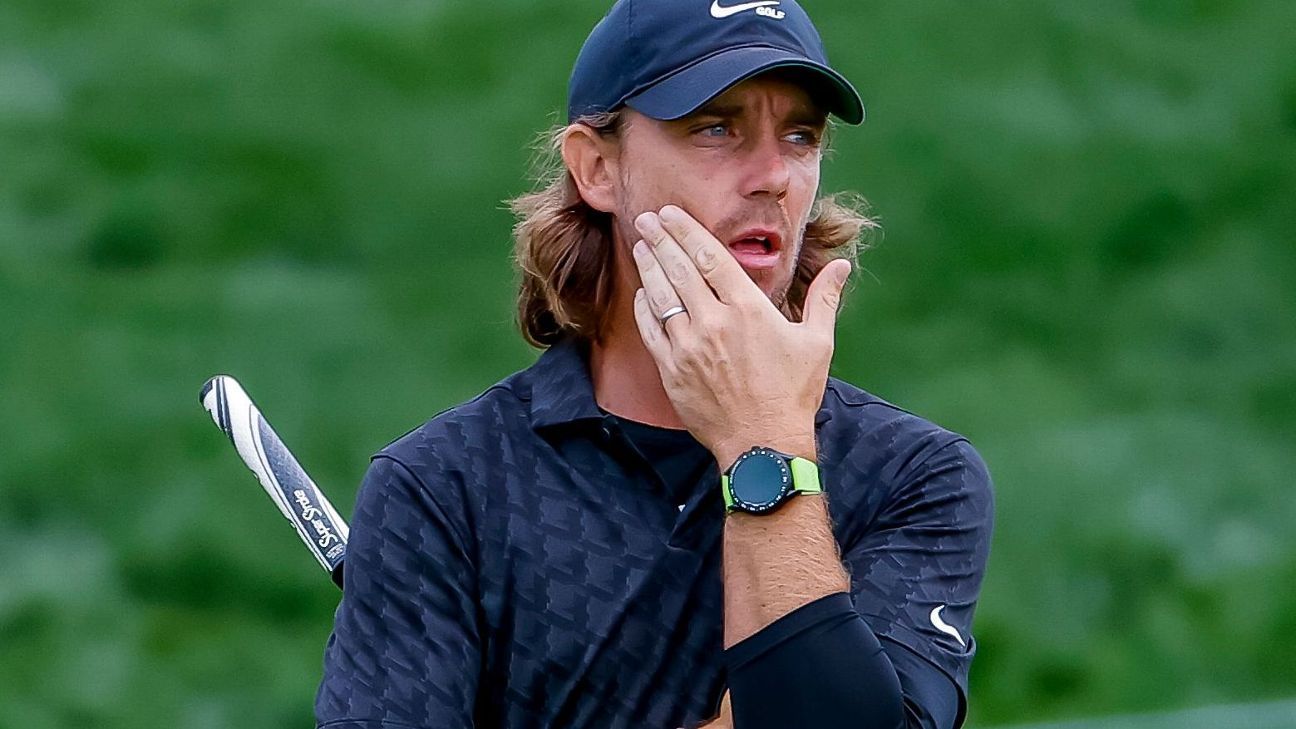 The show was just getting started. Round 2 was not far behind.

The front that finally moved out the storm clouds that caused more than nine hours of delays brought with it ferocious wind and gusts approaching 40 mph, the scariest conditions for a course that can penalize even in calm weather.

It was most evident on the notorious island green on the par-3 17th hole. For two days in the rain, only four players failed to find land and instead hit into the water. That total was matched by the first four players Saturday when the round resumed.

The gusts died and Scottie Scheffler went long. A big gust made Xander Schauffele‘s tee shot look like it hit a wall. He came up 15 yards short of the green. Brooks Koepka joined them. In the next group, Collin Morikawa hit into the water.

For those who had to wait until Saturday to finish the first round, their reward was to go right back out onto TPC Sawgrass and play it again, as the wind raged and the temperatures began to drop into sweater weather for March in Florida.

Though it might not have been as they would have drawn it up, Tommy Fleetwood and Tom Hoge shared the lead at 6-under 66, scores they posted on Thursday, before waiting out the rest of the crowd. Brice Garnett was the only player at 67 who had to finish his first round Saturday. He came close to keeping a clean card until a bogey on No. 7, his 16th hole.

Others dropped off quickly. Schauffele was 4 under for his round, 2 shots out of the lead, when he hit into the water on the 17th and did well to salvage a bogey.

But on the 18th hole — playing so long into the wind that some players needed a fairway metal to reach the par-4 in two shots — Schauffele drew such a bad lie in the rough that he advanced it only about 15 yards. From there, he hit into the water. After a drop, his pitch had so much spin into the wind that it rolled back some 75 feet back into the fairway.

He finished bogey-quadruple bogey for a 73. Emiliano Grillo was 2 under when he resumed his round. He took double bogey on the 15th hole by three-putting from 25 feet on No. 15. The wind was so strong that his putt came up 8 feet short. He hit two into the water on the 17th — one from the tee, one from the drop zone — for a quadruple bogey. And he finished with a bogey for a 77.

The average score was 71.9, bumped higher by the play Saturday morning, and an odd leaderboard might be a theme for the rest of the weekend. Conditions were only getting tougher for the second round, which began even as the first round was ending.

Officials left as many pins as possible in the easiest spots on the green to account for the conditions, though there was nowhere to hide on the 17th without draining the pond.

The forecast called for dry weather, at least. The cut could not be made until Sunday. Some players who finished on Thursday likely would not hit another shot until three days later. The tournament was assured its first Monday finish since 2005.

Du Plessis leads into final round of MyGolfLife