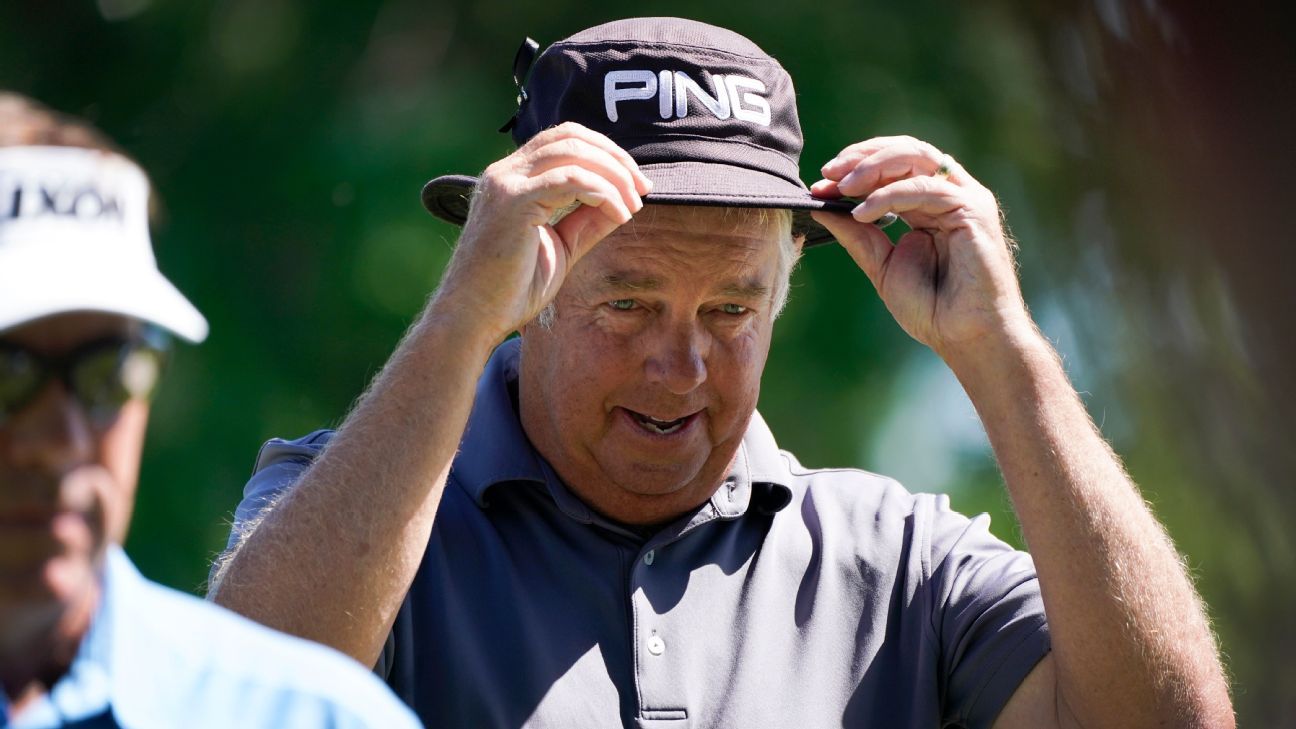 DES MOINES, Iowa — Kirk Triplett shot a 9-under 63 on Friday to take a two-stroke lead over Jerry Kelly, Ken Tanigawa and Brett Quigley after the first round of the PGA Tour Champions’ Principal Charity Classic.

“Sixty-three is a miracle,” Triplett said. “No, I haven’t shot a low score in a long time and it kind of dawned on me, I had a nice back nine, 5 under on the back nine, which is the easier nine. The front nine presents some challenges.”

The 60-year-old Triplett had nine birdies in the bogey-free round, closing with pars on the par-5 eighth and par-3 ninth at Wakonda Club. A three-time winner on the PGA Tour, he won the last of his eight senior titles in 2019.

“I’ve been making a lot of birdies and I’ve been putting reasonably well all year, but I’ve been throwing up these roadblocks pretty much every round making a bogey or a double,” Triplett said. “When I miss a shot, it’s really been a struggle for me to make a par. Sometimes it’s even doubles and triples. Today, the bad swings that I made I ended up making pars and I made a couple of extra-long putts as well.”

Kelly eagled the par-5 13th and finished with a birdie on the par-4 ninth. He pointed to a putting lesson from friend and Wisconsin neighbor Steve Stricker

“Steve Stricker gave me the lesson that he’s been giving me ever since we played in the Shark Shootout together,” Kelly said. “I don’t know? For some reason that setup clicked for the way that I’m right now putting.

“That setup that he’s always wanted me in just felt awesome and I could line it up. I’ve never been able to line it up before. I could line it up, I could stroke it down the line and it had such a great roll, so much better. It’s the way I used to putt. I know I’m a great putter, but I haven’t been putting well.”

Added Stricker: “I’ve been around Jerry a long time and I’ve seen his tendencies with his putting. I know he’s been struggling and he asked a couple questions and I just gave him really a 20-minute or a half-hour little checkup, really.”

Stricker closed with a birdie for a 69 a week after having to withdraw from the Senior PGA Championship because of a positive COVID-19 test result. He won the senior major in Alabama in his previous start.

“This is my first time here, so it’s a lot to get used to,” Stricker said. “The course is tricky. Thre’s a lot of blind shots, so I kind of found myself kind of learning as I went around again today. “

Tanigawa eagled the eighth on his back nine.

Bernhard Langer was at 66 with Stuart Appleby. The 64-year-old Langer played the back nine in 6-under 30.

Steven Alker, the Senior PGA winner Sunday in Michigan, was at 67 with Fred Couples, Alex Cejka and Rod Pampling. The 50-year-old Alker already has more than $1.8 million in earnings this year and has won four of his last 11 tournaments dating to the postseason a year ago.

C. Smith leans on short game, up 1 at Memorial