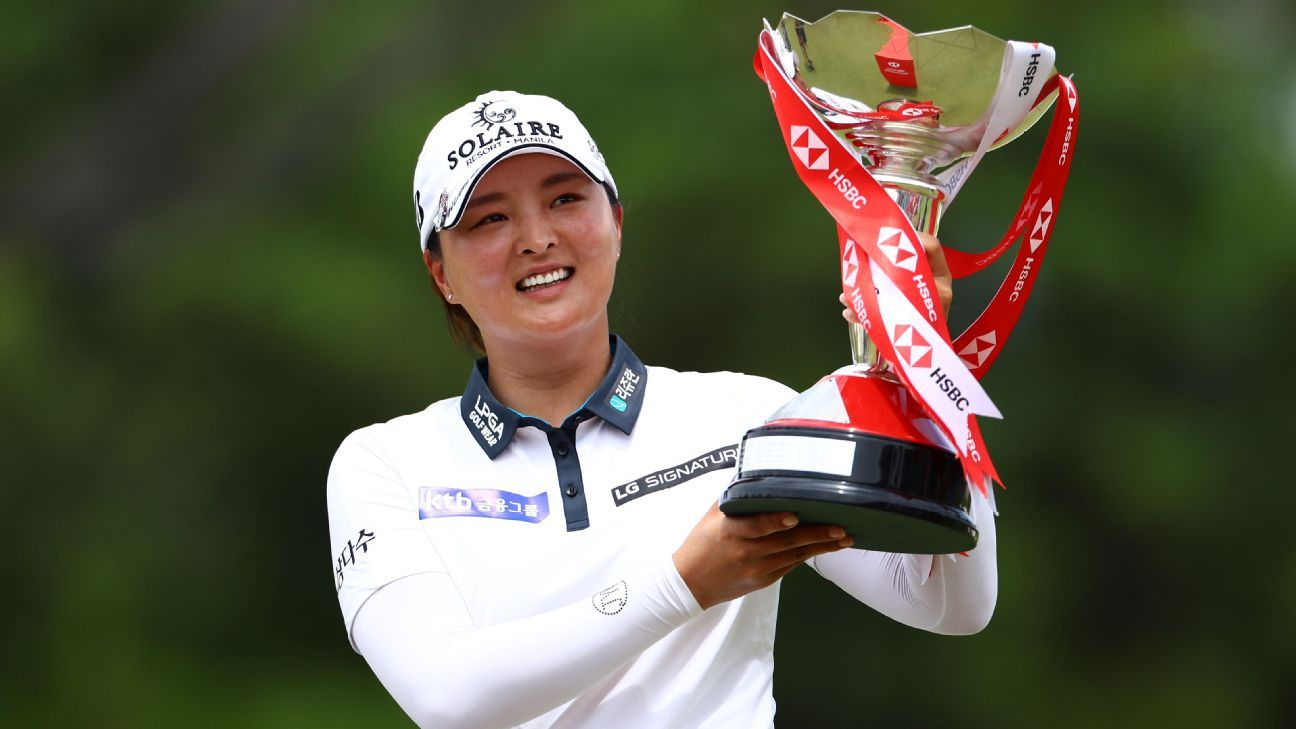 A birdie at the 18th gave Ko the title for the first time by two shots as former U.S. Open winner Lee, joint leader going down the last, imploded around the final green.

Ko rolled in her third shot at the par-four from 12 feet to move to 17-under par while Lee’s double-bogey left her three shots behind the winner with Chun taking joint-second alongside Lee Min-jee.

“I played well today, but it’s tough to go round playing with two amazing Korean players. We’re close friends,” said Ko, who has won six of the last 10 LPGA events.

Overnight leader Chun claimed a birdie at the second to extend her early advantage, but she was soon left trailing as those around her picked up the pace.

However, she pulled to within a shot of the leaders with a birdie at the 13th and another at the 16th left her a shot behind the leaders.

Thailand’s Atthaya Thitikul put herself in contention with five birdies in the opening seven holes before a bogey at the penultimate hole wrecked her chances of the title, with the teenager eventually finishing in a tie for fourth on 14-under.

Ko, meanwhile, had birdied the eighth and ninth to stay in the hunt, but a dropped shot at the 12th looked to have halted her progress.

But birdies at the 13th and 14th holes were followed by another at the par-three 15th when she sent her tee shot through the green, only to roll her putt from well off the edge in for a birdie from 25 feet.

That hauled the 26-year-old back into contention and an eight-foot putt at the 16th gave Ko a fourth consecutive birdie to move into a share of the lead.

With the pressure mounting, Lee Jeong-eun endured a horrendous time around the final green, over-hitting a bunker shot off the other side of the putting surface and taking another three strokes to hole out.

That left Ko to roll in yet another birdie putt to win by two strokes.